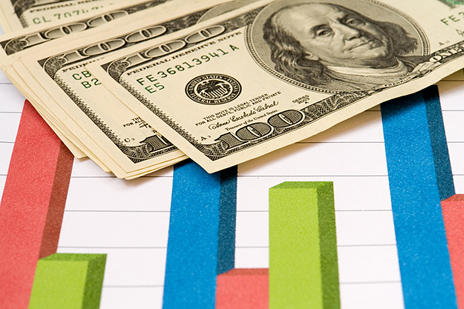 The manufacturing-index reading had been 2.9 in February. Going into Monday’s report, consensus expectations compiled by various news organizations had been for far smaller decline to around 4 to 4.4. In fact, the New York Fed said the actual decline ended up being the biggest drop on record.

Also, going into the report, gold prices had fallen sharply since Friday’s close, tumbling along with equities. While stocks were hurt by worries about the economic fallout from the coronavirus outbreak, traders were reportedly selling gold to raise cash, sometimes to meet margin calls in other markets.

The Empire State survey showed that the index for new orders dropped by 31 points to minus 9.3, pointing to a decline in orders. The shipments index fell to minus 1.7, indicating shipments were little changed, the report said.
The index for number of employees fell by eight points to minus 1.5, but this indicated that employment levels were little changed over the month, the report said. The average workweek fell to minus 10.6, a sign that the average workweek was shorter, the report added.