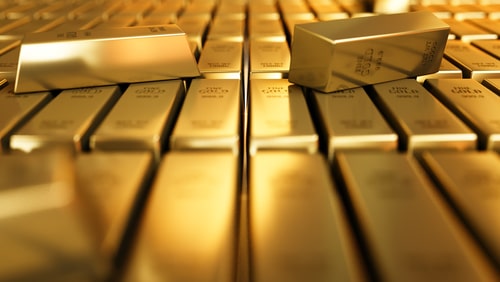 (Kitco News) The gold market continued to see losses Wednesday afternoon as the S&P 500 dropped 7% and halted trading for 15 minutes after triggering the ‘circuit breaker’.

Another chaotic day in the markets saw U.S.-Canada border closed to non-essential travel after both U.S. President Donald Trump and Canada’s Prime Minister Justin Trudeau both announced the new measures on Wednesday morning.

“We will be, by mutual consent, temporarily closing our Northern Border with Canada to non-essential traffic. Trade will not be affected,” Trump wrote.

The Trump administration said it will be invoking the Defense Production Act, which will allow the U.S. government to speed up production of medical equipment, including masks, respirators, and ventilators.

Reuters also reported that Trump has asked Congress to approve $500 billion in cash payments to taxpayers, citing a document seen by the agency.

The money would be approved in two rounds and launched on April 6. Also, $50 billion will be dedicated in secured loans to U.S. airlines to help them deal with the shutdowns related with the coronavirus outbreak, Reuters said.

Trudeau also announced new “extraordinary measures”, introducing a C$27 billion ($18.6 billion) in stimulus that will go directly to Canadian families and businesses struggling due to the coronavirus outbreak. Another C$55 billion will be dedicated to help businesses and households via tax deferrals.

Hedge fund manager Bill Ackman spoke out on Wednesday, telling Trump on Twitter to shut down the U.S. for 30 days to help contain the virus.

“Mr. President, the only answer is to shut down the country for the next 30 days and close the borders. Tell all Americans that you are putting us on an extended Spring Break at home with family,” Ackman wrote on Twitter.

Mr. President, the moment you send everyone home for Spring Break and close the borders, the infection rate will plummet, the stock market will soar, and the clouds will lift. We need your leadership now!