David Morgan: 'opportunities will come' in mining stocks but watch for bottom 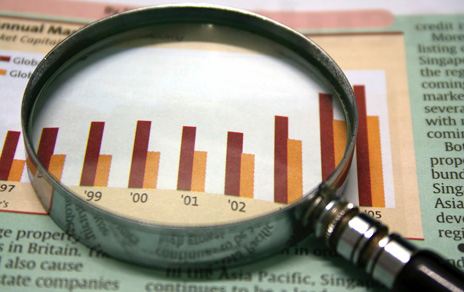 (Kitco News) - David Morgan, publisher of the Morgan Report, figures “opportunities will come” for investors to buy gold- and silver-mining stocks again, but favors waiting until there are strong signs they have put in a bottom.

The longtime precious-metals and mining analyst also normally favors shares of companies that have multiple mines to avoid a “one-trick pony.” Meanwhile, he is bullish on gold itself.

The precious metals, and stocks of the companies that produce them, started 2020 on a strong note, but have fallen back as global equities got hammered during worries about the impact of the COVID-19 virus on the economy.

In an interview with Kitco News, Morgan said that he thinks of the current crisis as “2008 Part 2.” Markets back then were roiled when a subprime mortgage crisis triggered a broader financial crisis.

“Gold is the most negatively correlated asset to the stock market,” Morgan said. “Initially, gold was continuing to make higher highs as the stock market started to unravel [in response to the virus]. That only lasted a short time. Then gold was liquidated for a variety of reasons, primarily bank intervention, bank sales and margin calls.”

“Gold stocks are stocks, and they usually go in the same direction as the general stock market,” the analyst said.

Morgan said he remains bullish on gold as long as it holds $1,350 an ounce. He looks for precious metals to ultimately rise, just as they did in the wake of the 2008 financial crisis.

In fact, “I expect the metals to do extremely well,” he said.

However, Morgan continued, it’s more difficult to forecast individual mining stocks since because of the uncertainty about how the COVID-19 outbreak could impact their production. The number of ounces produced plus the price of metals are the two significant factors that determine a mining company’s revenue.

The mining sector got a taste of the possible “worst-case” scenarios this week when several producers, including Pan American Silver Corp., announced that mines in Peru were being closed for 15 days due to government restrictions to combat the COVID-19 virus, Morgan pointed out.

“The worst case is the mining industry will be disrupted, and no one is smart enough to know for how long,” he said.

There is always the potential for closures to be extended or more to occur elsewhere, particularly if there is an actual outbreak virus at a mine. So far, closures have been enacted as precautionary measures. The impacted companies themselves have said it’s too early to gauge the ultimate impact on their total 2020 output and quarterly financial statements.

Nevertheless, Morgan said, there will be buying opportunities in shares of precious-metals producers. However, he said, he would not try to guess when a bottom might be occurring, but instead to wait for prices to stabilize for a while first, using some kind of measurement to verify that “a bottom has been obtained.” This might mean allowing prices to uptick for a while, maybe holding above a price level that an investor might consider important.

“At that point, you might pay up a little bit, but at least you are assured that things are recovering,” Morgan said. “I’d much rather see a bottom formed and verified before I went in with a significant position.”

The analyst said he suspects that the mining stocks will form an “L-bottom” rather than a “V-bottom.” This would be similar to the 2008 bottom, when prices on a daily chart took two or three months to start posting a steady rise. The rest is history, as gold went on to a record prices above $1,900 an ounce in 2011.

He tends to favor companies that have multiple mines, preferable in multiple jurisdictions, to avoid scenarios where a producer with a single mine is devastated if that mine were to be shut down by an outbreak – or any other calamity or government action, for that matter.

“You want something that spreads your risk out,” Morgan said. “You don’t want a one-trick pony.”

He later added, “It’s not that I don’t have a few of those. But they’re usually scattered within the portfolio appropriately because of the fact that they are higher risk.”

Morgan looks for precious-metals companies to fare better than those in the business of base metals, such as copper. Furthermore, he suggested, base-metals companies might have to seek “creative” financing, perhaps turning to deals with streaming and royalty companies.

“It’s quite likely that there will be creative financing in the royalty space around the base-metal producers,” Morgan said.