Is bitcoin a safe haven? What COVID-19 pandemic means for prices 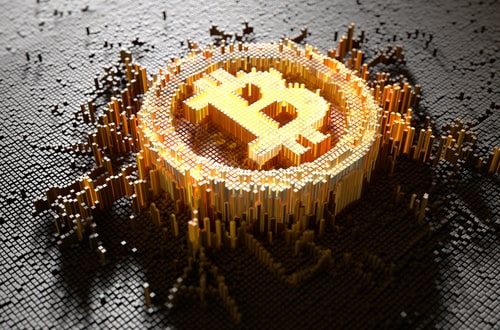 (Kitco News) Bitcoin was created out of the 2008 financial crisis and the COVID-19 pandemic is looking more and more like its first real test in a crisis scenario, according to one fintech CEO.

Utility, which means being able to use bitcoin as a global currency, is key for the cryptocurrency’s survival long-term. If it is taken away, then why even hold bitcoin and not gold, said Interlapse Technologies CEO and Coincurve co-founder Wayne Chen.

“If there is no utility, there is no reason to hold bitcoin. That’s why you hold gold, or horses, or chickens, or cash,” Chen told Kitco News on Tuesday. “In times of crisis, how are you going to buy toilet paper, or napkins, or food with bitcoin? You can’t. Because they don’t accept it. Then what happens to your bitcoin? You have to sell it and nobody wants it.”

The coronavirus pandemic is the first real test since bitcoin’s creation in 2008. There hasn’t been anything big enough in the past decade that could help guide crypto traders.

Bitcoin is not “mature enough” to hold its weight in a time of an ultimate disaster, Chen pointed out.

“In a partial disaster, bitcoin can still hold its value. But when the ultimate disaster hits, it really comes down to ‘do I have a horse? Do I have chickens, eggs, can I buy milk?’ And the barter systems becomes more valuable. That is a very different way to live and I don’t think we will come to that,” he said.

Is bitcoin a safe haven?

When it is down to the barter system, gold looks more valuable as people have used the precious metal in the past to trade it in for cash to buy necessitates.

“With gold, when recession happens, people are selling their gold jewelry for cash … Bitcoin doesn’t have a physical form. The world is still trying to grasp what can still happen to bitcoin when recession hits,” he said. “At a time when everything is worthless, can you still sell bitcoin to somebody? Will anyone want to buy it?”

In the scenario when food and water become the number one sought-after items, people have succeeded many times in the past in exchanging gold for what was needed.

“Gold is a physical precious metal. It is harvested, it is attractive, it looks good, people can make jewelry out if it. So naturally people have relied on the barter system in the past when gold could be traded for a donkey or vice versa,” Chen said.

For Chen, bitcoin does not make sense just as a store of value — it has to be more than that for the whole concept to work.

To get a sense whether bitcoin can work as a store of value or now, traders need to look at the massive price drop in March, which saw prices falling from roughly $8,000 down to $4,000 in the span of one day.

Chen noted that the drop was caused by the coronavirus panic with bitcoin getting dragged down along with everything else that was selling.

“The drop is directly related to the coronavirus. The big crash fell on the same day as the Dow and everything else crashed, including oil, gold, and silver,” he stated.

Going forward, Chen does not see bitcoin dropping by a lot more, especially with the halving coming up in May. 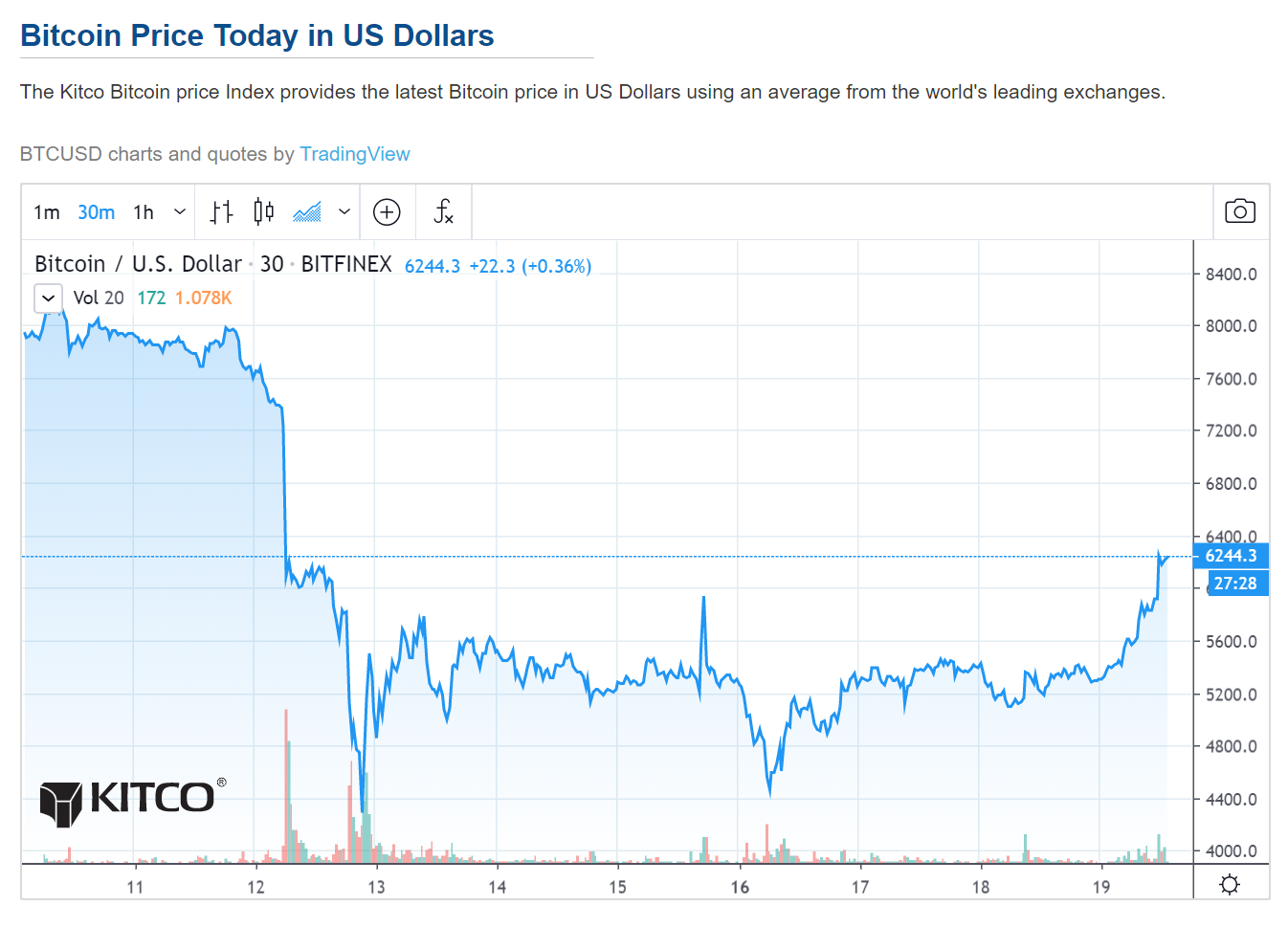 The bitcoin halving could lead to prices at least doubling in the next few months, which has happened in the past.

“As of May, instead of getting a reward of 12.5 worth of bitcoin for mining a block, bitcoin miners will now get half of that — 6.25 per block,” said Chen.

About every 10 minuted a block gets mined and if miners’ compensation is cut in half, then bitcoin prices must rise by at least as much to sustain mining efforts.

“When the halving happens, these miners who spend the same amount of electricity and capital to do the work, get half the price. If bitcoin doesn’t go up, miners may choose to eliminate themselves … The whole domino effect could crash the whole network and bitcoin could be valueless.”

But the coronavirus outbreak makes any future price forecasts even more complicated as the markets don’t know how bitcoin will react exactly.

“If it is bad and there are closures of operations, businesses and borders, will bitcoin still be valuable? Will people be worried about other things? Adoption hasn’t started to hit mass market yet. Emotions could take over. Could be another detriment factor to this industry,” Chen warned.

Mass adoption is key for survival

A key to bitcoin’s survival going forward is mass adoption, which hasn’t hit the markets yet. Chen blames the crypto industry for focusing too much on creating thousands of different crypto currencies and not enough on global adoption of bitcoin.

There has been a digression in the cryptocurrency space, Chen highlighted.

“Everyone tried to create their own coins, the level of fraud went up, and look what it did to the entire industry,” he said. “Regulators are focused on tracking down criminals and not focused on adoption.”

If bitcoin was a payment method that could be used on Amazon, it would be much more sought after, he added.

“Bitcoin has been out since 2008, and we are still struggling to use it as a form of payment. Banks are starting to be more receptive to it but this could have been done five years ago,” Chen noted. “We need to move faster into making bitcoin more into a currency. If it becomes just a store of value, then I am not interested because you might as well hold gold because I can actually see it.”