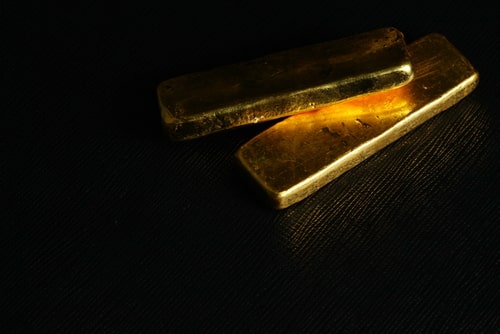 (Kitco News) Markets continue to be extremely volatile, keeping gold prices on edge. But analysts are not ruling out a temporary course reversal from recent losses.

Major U.S. stock indexes kept jumping from green to red on Friday as gold struggled to retain its daily gains with prices remaining below $1,500 an ounce. April Comex gold futures were last at $1,494.00, looking to close down on the week.

Significant uncertainty remains going into next week as COVID-19 outbreak continues to spread in the U.S. and Europe, shutting down businesses and hurting local economies.

In recent measures to fight the virus, California governor Gavin Newsom issued a stay-at-home order effective Thursday evening. On Friday, New York Andrew Cuomo ordered all non-essential businesses to work from home in an attempt to try to contain the spread of the virus.

On top of the majority of banks projecting a recession, many economists are now expecting shocking unemployment numbers out of the U.S.

The U.S. weekly jobless claims report, scheduled for Thursday, is the most anticipated data out next week.

“Assuming we average out at a seven-fold increase in claims versus last week, this would translate into a 2 million rise in jobless claims. By way of comparison, the record high was 695,000 in early October 1982 with the Global Financial Crisis peak being 665,000 in late March 2009,” Knightley added.

What does it all mean for gold?

Gold is a natural safe-haven during tough times like these, but analysts warn that prices are likely to continue trading sideways for the short-term as any physical buying is being offset by professional selling to raise cash.

“The key uncertainty here is whether or not the liquidity crunch — the dash for cash — is going to find some sort of stability,” TD Securities commodity strategist Daniel Ghali told Kitco News on Friday.

During the last few weeks, there was a massive surge in demand for the U.S. dollar, which saw many investors selling gold. “This has been driven by corporations needing to secure cash to pay employees and money managers seeing increasing margin calls and in dire need to secure U.S. dollars,” said Ghali.

It is unclear whether or not the liquidity crunch is over, but there are some positive signs, especially after everything the Federal Reserve has done, the commodity strategist added.

“Today, we saw the VIX coming a bit lower. That’s telling us that there might be a chance that the liquidity crunch has found some support. That would be positive for gold,” he said.

Many analysts remain neutral on gold prices in the short-term, pointing out that the run on cash is not over. “Can’t see anyone taking big positioning in anything right now. Cash is king and it will stay that way,” said Rhona O’Connell, head of market analysis for EMEA and Asia regions for INTL FCStone.

Any course reversal in stocks or other markets is likely to prove only temporary, O’Connell added.

“Everything is reversing course, which is very short-term. The major driver within the market would be what’s been happening with fiscal stimuli,” she told Kitco News on Friday. “Also, it depends on how quickly and well-target the injections of those funds are. At the moment, we’ve got the numbers, but we don’t have a huge amount of details as to which direction they are going to go in.”

Uncertainty related to the COVID-19 outbreak will remain the primary market mover next week as it is not a man-made crisis like the one in 2008, O’Connell pointed out.

“Can’t see [gold] doing much in either direction,” she said. “Until there is a vaccine or proper stringent very wide-scale testing and confidence that by virtue of locking down the immediate pressure will be taken off emergency services.”

But gold has a bright future as the precious metal has done what it was supposed to do during a market plunge — be an insurance policy.

“A lot of people had to cash it in. It has been a mechanism for raising cash,” O’Connell noted. “Once things are back on a stable course, there will be a re-balancing and more interest coming into it.”

Gold will have trouble moving up while many investors are forced to sell the metal to raise cash to cover for losses or deal with being laid off, Streible added. “Those people are selling anything they can to raise capital,” he said.

All other macro data out next week will once again take a backseat. Nonetheless, some of the key releases to keep an eye out in the U.S. include Tuesday’s manufacturing PMI and new homes sales, Wednesday’s durable goods and house price index, Thursday’s Q4 GDP, and Friday’s PCE price index.