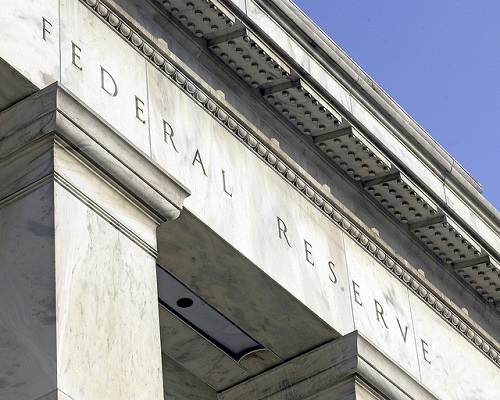 (Kitco News) - The gold market appears to be finally reacting to massive central-bank liquidity after the Federal Reserve made is third emergency announcement in as many weeks.

On Monday morning, the Federal Reserve announced an open-edited quantitative-easing program. The U.S. central bank said that it will purchase Treasury securities and agency mortgage-backed securities in the amounts needed to support smooth market functioning and effective transmission of monetary policy to broader financial conditions and the economy.

“The coronavirus pandemic is causing tremendous hardship across the United States and around the world,” the Federal Reserve said in its statement. “While great uncertainty remains, it has become clear that our economy will face severe disruptions. Aggressive efforts must be taken across the public and private sectors to limit the losses to jobs and incomes and to promote a swift recovery once the disruptions abate.”

Gold prices are up more than 2% in reaction to the Federal Reserve’s latest emergency action to support the U.S. economy, which many economists expect will fall into a recession later this year.

Analysts at Blue Line Futures said that that not only is the latest Fed announcement inflationary, but it could help reduce some market volatility, supporting gold prices on two fronts.

“It assures liquidity in financial markets for the foreseeable future and reduces the volatility we’ve become accustomed to, one that gold has become a casualty of,” the analysts said.

Adam Button, managing director at Forexlive.com, equated the move to a nuclear bomb of monetary policy.

“Today’s announcement is unprecedented in both size and scope. It is a complete perversion of market functioning,” he said.

Button has said that he is bullish on gold in the long term as the market reacts to all the liquidity government and central banks around the world pumping money into global financial markets.

Looking at the Economic risks, analysts at CIBC are expecting U.S. Gross Domestic Product to fall by 4% or 5% in the second quarter.

“Roughly 1 in 5 Americans are now under orders to stay home, and while more can work from home these days, that’s still a huge loss of activity,” said Avery Shenfeld, senior economist at CIBC.