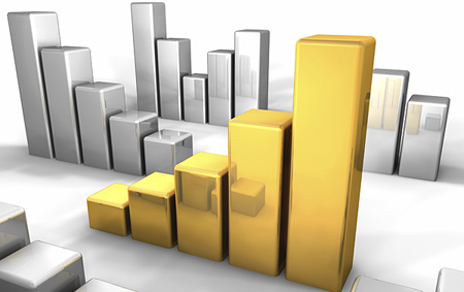 (Kitco News) - Huge spreads are occurring in the gold market Tuesday with pricing for futures contracts far above spot prices.

Also, earlier in the day, nearby futures were more expensive than deferred, a sign of strong demand in any commodity market.

Just before noon EDT, one price vendor was showing spot metal was trading at $1,612.10 an ounce while at the same time showing the Comex April futures were at $1,654.10 an ounce – a spread of $42 an ounce. It was much wider earlier in the day.

“I’ve never seen that before,” said one gold trader who has been in the market for 30-plus years.

Some contacts suggested the discrepancy is an evolving story that is still unfolding, with traders trying to figure out what’s happening.

The London Bullion Market issued this statement to Kitco News:

“The London gold market continues to be open for business. There has, however, been some impact on liquidity arising from price volatility in Comex 100-oz [ounce] futures contracts. LBMA has offered its support to CME Group to facilitate physical delivery in New York and is working closely with Comex and other key stakeholders to ensure the efficient running of the global gold market.”

Meanwhile, Ole Hansen, head of commodity strategy at Saxo Bank, pointed out that a lockdown is occurring in two biggest gold hubs in the world – New York and London – so many traders are working from home. This has caused a breakdown in the marketplace, he said.

“There is no price discovery in the market right now,” he said Tuesday morning. “If you need to borrow gold in the OTC [over-the-counter] markets right now, you are going to pay a king’s ransom.”

Hansen described the problem as a logistics issue as the coronavirus has decimated supply chains across the world. He added that the gold market has dried up because nobody has access to physical metal.

“We don’t have enough hands to handle all the demand,” he said. “There is plenty of gold in the market, but it’s not in the right places. Nobody can deliver the gold because we are forced to stay home.”

Rhona O’Connell, head of market analysis for EMEA and Asia regions at INTL FCStone, said that dislocation in the gold market is the result of nervous trading in an increasingly thin marketplace. Not only is physical demand picking in London up, but three major Swiss refiners are shutting down operations, which is putting a further squeeze on supply.

“I think the price action we have seen is as simple as people guarding their risks,” she said.

O’Connell added that the price difference between North American markets and London markets is also the result of the U.K. market being more of a physical gold market.

“The balance between physical and futures is more geared towards the [over-the-counter] markets in London,” she said.

Afshin Nabavi, head of trading with MKS, pointed out that traders from many banks are working from home due to the coronavirus pandemic. Meanwhile, these participants may be trying to limit risk, contributing to the spreads.

Phil Flynn, senior market analyst with at Price Futures Group, suggested some of the reasons for higher futures prices may be because the market is anticipating future demand as a result of all of the quantitative-easing measures and expectations for fiscal stimulus.

“Futures prices may be a leading indicator of what may be a rush into gold,” Flynn said.

Meanwhile, traders also pointed out that the April futures were more expensive than the June and December contracts this morning, although that has since reversed with the back months higher again. When nearby are more expensive, the condition is known as backwardation and is the opposite of normal conditions in any commodity market.

Backwardation shows “there is a lot of demand” with market participants worried about the economy and focusing on the response by governments and central bankers, Flynn said.

“People are buying gold like it’s going out of style,” he added.

George Gero, managing director with RBC Wealth Management, noted that higher volatility, in general, may in part be due to options expiration later this week, with many traders buying or selling to protect positions. If they end up in the money, options contracts would become futures contracts the next day, meaning they have to put up money to meet margins.

By Allen Sykora and Neils Christensen