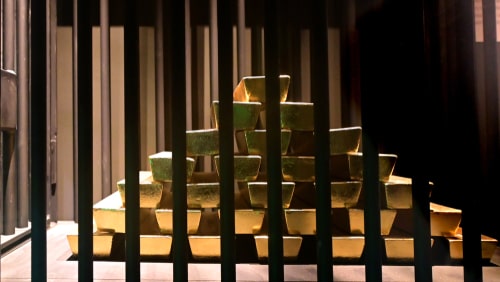 (Kitco News) The COVID-19 panic triggered a resurgence of physical gold and silver buying, but can this surge in sales last as mints and refineries across the world are temporarily shutting down production in an attempt to fight the spread of the virus?

As gold and silver prices plunged along with equities about two weeks ago, many investors started to take advantage of lower prices to replenish their precious metals stashes. COVID-19 panic also helped with demand as a possibility of a deep recession encouraged more buying.

“Silver has taken one of the biggest long-term hits in price across the whole sector,” she wrote on Tuesday. “This very sharp fall has brought retail purchasers out in droves.”

Increased buying is seen both in Asian and North American markets with many mints and precious metals stores saying that they are running low on inventory.

“Coin and bar sales have been picking up very strongly, and there has been a big resurgence in silver demand in India, which is the world’s largest silver consumer, typically with a 20% global market share of jewellery, silverware and bars and retail investment,” O’Connell said. “Far Eastern activity is [also] strong and the latest ?gures from the U.S. Mint show a huge uptake in silver Eagle coins.”

“This is a welcome sign that investors are prepared to come into the market and bargain hunt and that the markets have not completely ground to a halt,” said O’Connell.

But O’Connell warns that this hyper activity might not last as shutdowns of stores and refineries sweep precious metals businesses across the globe.

“Lockdowns mean that it may not last … It is unlikely that this massive pace can continue for an extended period, especially given the state of the Mumbai Bazaar, for example,” she wrote. “India is in total lockdown, and at a grass roots level Singapore is similar to Dubai and India.”

Most of the stores in India will remain closed at least for the rest of the week. Mumbai's Zaveri Bazaar, which is the largest bullion market in India, was closed until further notice. Also, Titan Co., India’s biggest jeweler by market value, has shut its doors until March 29, Bloomberg reported on Monday.

The lockdowns in India could lead to the lowest gold sales sales in 25 years. Total sales could drop by as much as 30% in 2020, down from 690 tons reported last year. Bloomberg cited N. Anantha Padmanaban, chairman of the All India Gem and Jewellery Domestic Council, who said sales look grim.

“[Last year] itself was a very bad year after July and this year we have already lost this month,” Padmanaban said. “April is going to be the same, with May-June also expected to be weak.”

On top of that, the recent shutdown of three major gold refiners in Switzerland’s Ticino had a knock-on effect on prices Tuesday.

“The three refineries in the region process ~1,500t (48moz) of gold per year, equivalent to 43% of global annual mine supply,” SP Angel analysts wrote on Wednesday. “Refiners shutting down is something rarely seen - not in war or the great financial crisis and in addition, how quickly it has happened has taken the market by [surprise].”

Major shutdown like these are creating a tightness in the physical market, noted Colin Hamilton, managing director of commodities research at BMO Capital Markets.

“We received a number of questions yesterday about the physical tightness in the gold market that caused a significant differential between the Comex gold futures and OTC spot price. This was a knock on effect from the shutdown of the Ticino refiners in Switzerland, which has limited the ability to produce the appropriate weight of bars for good delivery against near-dated positions on the Comex contract,” Hamilton explained on Wednesday.