Yamana Gold withdraws guidance with some mines curtailed amid COVID-19 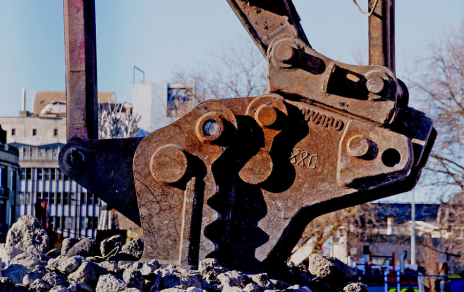 (Kitco News) - Yamana Gold Inc. (TSX: YRI; NYSE: AUY) has withdrawn production guidance for 2020 as some operations are curtailed as part of the global effort to combat the COVID-19 outbreak, the company said late Tuesday.

Operations at the Canadian Malartic, a 50-50 joint venture with Agnico Eagle Mines Ltd., are being ramped down due to an order by Quebec officials to restrict non-essential business until April 13. Yamana described this gold mine as the largest in Canada.

Last week, Yamana announced a partial demobilization of its workforce at the Cerro Moro mine in Argentina until the end of the month in response to a government order for mandatory social isolation. However, some operations are continuing with a limited workforce of employees and contractors who are primarily from out of the Santa Cruz province. These workers are being housed in the company’s permanent camp.

“With reduced production coming from suspended or reduced operations, along with other present-day uncertainties, the company is withdrawing its 2020 guidance for production and costs,” Yamana said in a prepared statement. “The company will update guidance once it has a better understanding of the actual duration and impact of these uncertainties. The company expects that any suspended operation is well positioned to safely and efficiently ramp-up in a timely manner once temporary suspensions cease.”

Yamana said its other mines, representing 67% of its production outlook for 2020, are continuing to operate in line with production targets for the year.

Yamana also said it expects to meet its production targets for the first quarter, which is typically its lowest for output. It anticipates approximately 190,000 gold ounces and 2.7 million silver ounces.

“As previously guided, production is expected to be weighted to the second half of 2020, although previous guidance indicating a weighting of 54% in the second half will now likely be higher,” the company said.

Yamana said it drew down $200 million of its $750 million revolving credit facility in March as a “precaution” amid the uncertainty brought about by the pandemic. However, officials also said the company currently does not plan to spend the funds, adding that Yamana has “sufficient cash on hand, available credit and liquidity to fully manage its business,” with no pending debt repayments