(Kitco News) -Several major South African producers of platinum group metals announced Monday that they are declaring force majeure on supply shipments due to mine shutdowns as a result of the COVID-19 pandemic, according to news reports. 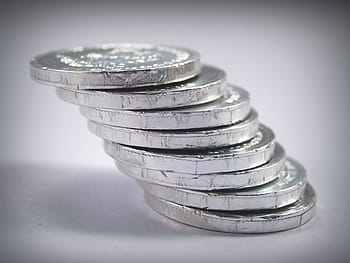 The news is not underpinning prices, however, with traders saying there is little buying interest at the moment anyway with worries about demand destruction due to the virus-induced economic slowdown around the world.

The South African government last week instituted a number of measures as part of the global effort to combat the pandemic, with a three-week shutdown of much of the country that in turn means temporary mine closures. This has an especially big impact on the platinum group metals, since some 70% of the global platinum supply comes from South Africa, along with 40% of the palladium.

PGM producers declaring force majeure on contracts include Anglo American Platinum, Sibanye-Stillwater and Impala Platinum, according to news reports. Simply put, force majeure means companies are not able to meet contractual obligations for shipments due to unforeseeable circumstances beyond their control, such as natural disasters or in this case government-mandated shutdowns.

Supply disruptions can potentially boost commodity prices, since they normally mean a tighter supply/demand balance. However, the market had already expected less metal, with news of the South African lockdown measures resulting in life to PGM prices during the first half of last week. Further, analysts at the time suggested the bounce might be limited due to demand worries, and traders told Kitco News Monday that demand in fact appears limited.

“Everywhere is pretty much in a lockdown, suppliers as well as consumers,” said Afshin Nabavi, head of trading with MKS. “There’s not too many buyers around.”

There could be some long liquidation, but trading is “very, very quiet,” he added.

Another dealer also cited the lack of buying interest.

“If they don’t have anybody to sell the metal to and there’s no demand, [a force majeure] doesn’t have much of an impact on the metals market,” he said. “There is total demand destruction right now, with most of the auto plants across the globe being shut down, lending to the decreased prices.”

Nabavi pointed out that there are also challenges in moving metal, with many airlines around the world either shut down or offering limited flights.

“There is not much transportation of material in and out of the refineries,” he said. He later added, “There is no assurance of being able to take delivery.”