Gold vs. stocks: 'The deck has been reshuffled in gold's favor in Q1' - analysts 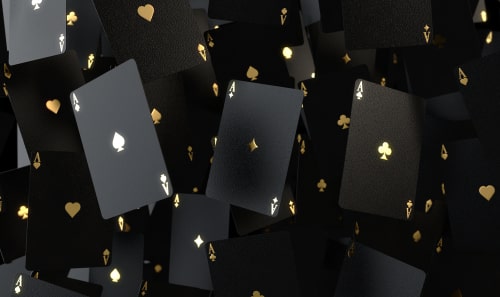 (Kitco News) As the erratic Q1 wraps up with the Dow looking at the worst quarter since 1987, how is gold stacking up?

The COVID-19 outbreak is the defining driver behind all news headlines and all major trading decisions during the first quarter.

Fears surrounding the fallout from the coronavirus has triggered a massive global equities sell-off in March. Even the safe-havens like gold got caught up in the storm, temporarily losing ground on the dash-for-cash trend.

But as the Dow and the S&P are looking to end Q1 on a sour note, gold is up with some analysts saying that a new historic bull run is just around the corner.

Gold traders were caught off guard in March, expecting a much bigger rally during such uncertainty and some even going as far as to question gold’s safe-haven status. Economists quickly stepped in to reassure investors that gold has done exactly what it was supposed to during the crisis.

“While it didn’t behave exactly as many would anticipate in this environment and even had some questioning its safe haven status, I think it has definitely performed well given how aggressive the dash-for-dollars and deflationary shocks were,” TD Securities commodity strategist Ryan McKay told Kitco News on Tuesday.

“It had a lot of people questioning whether gold still deserves its safe-haven status. But the difference was that gold seemed to right the ship a lot faster than the border markets. And the whole angle of margin calls selling and people liquidating to cover their losses seemed to be the main reason for gold’s volatility. Whereas, the rest of the markets were volatile for more dire reasons related to the coronavirus,” he said Tuesday.

Gold has performed pretty well considering the “dramatic” losses in equities and it proved that it is the right safe-haven during such uncertain times, Millman noted.

"You can see that gold has gained in relative value compared to a lot of other assets. Prices are not only higher than when we started, but the deck has been reshuffled and the relative values assets have shifted quite a bit in gold’s favor in Q1,” he said. “Rather than detracting from it’s safe-haven status, it proved that gold is very useful in these very uncertain times.”

So far this year, gold has been “a tough read” for investors but rising demand for the yellow metal is undeniable, said Kitco’s senior technical analyst Jim Wyckoff.

“Some days, gold acts like a safe-haven asset amid the keener uncertainty and anxiety in the marketplace. Other days, gold follows other commodity markets down in a ‘sell-what-you-can’ mentality, especially during more panicky periods. Overall, however, gold continues to show its value as a hard asset that is in demand during times of distress,” Wyckoff described.

The yellow metal is wrapping up Q1 on a good technical note, added McKay. “With plenty of liquidity provided, including for commercial paper and corporates, the pressure from extreme dollar demand seems to have eased for the most part. With that pressure alleviated and positioning less stretched,” he noted.

What to expect in Q2

Goldman Sachs has once again downgraded its economic growth forecast for the U.S. Q2, now projecting a 34% annualized drop in GDP and 15% jump in unemployment.

“Our estimates imply that a bit more than half of the near-term output decline is made up by year-end,” Goldman’s analysts wrote Tuesday.

Capital Economics said it sees global equities recovering only once the coronavirus is contained on a global scale. “The muted reaction in stock markets to tentative signs that the coronavirus is being brought under control in Europe suggests that equity prices will only experience a bigger recovery once this appears to be happening throughout the world,” the firm’s analysts wrote.

For gold, this means prices are going up.

“You are going to have more headlines that are not just economic but political and not just in the U.S. but elsewhere. And while the short-term outlook is anti-inflationary, the long-term outlook is very inflationary from a gold’s traders point of view,” noted Gero.

Massive QE introduced by the central banks around the world will be very positive for gold and could send the metal much higher from here, McKay pointed out, citing accelerating inflation as one of the key drivers.

“As the dust settles on COVID-19’s impact, we expect gold to perform smartly in the next phase of this narrative. The extraordinary QE package, combined with large government stimulus packages reek of MMT, which should send real rates on a downward trajectory, particularly as global central banks will be willing to let inflation run hot as part of their symmetric targeting framework. This should help cement a multi-year rally in the yellow metal,” McKay described.

Wyckoff is also looking for higher gold prices going forward, noting the inflationary impact of the infinite quantitative easing programs around the world.

“Gold is maintaining its longer-term price uptrend, to suggest still more upside in the coming weeks and months. Importantly, with the Federal Reserve and the other major central banks of the world pumping massive amounts of liquidity into their financial systems, such argues for some inflationary price pressures down the road,” he said. “Historically, gold has also been held as a hedge against problematic inflation.”

For Millman, the worst is not over yet with more volatility in the cards for equities and gold in Q2.

“Second quarter will still see a wide-trading range for gold, some volatility. I don’t think the worst is not over yet. It is difficult to make any bullish predictions. Right now, I am cautiously expecting gold to be volatile and end Q2 where it is right now,” he said.