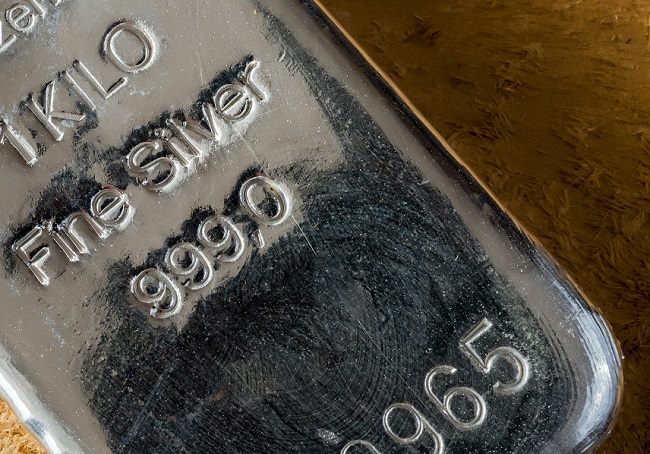 (Kitco News) - Expected mine shutdowns of at least a month in Mexico will reduce the global silver supply since the country is the world’s largest silver producer.

Nevertheless, analysts are not rushing to say this will automatically mean higher silver prices, as normally occurs when there are reduced supplies in any commodity. That’s because in this instance, industrial demand is also suffering as the COVID-19 pandemic impacts the global economy.

Further, with refinery and transportation issues but sharply rising physical demand, silver was described as a market “in turmoil.”

The Mexican government this week declared the pandemic as a national health emergency and as a result is forcing all non-essential businesses to close up shop until at least April 30. Silver miners likely are considered non-essential. Some mining and exploration companies have already said they are halting operations.

According to data from the U.S. Geological Survey, in 2019, Mexico produced 6.3 thousand metric tons of silver, which represented about 23% of global mine supply. Statistics from the consultancy CPM Group put 2019 output at around 740 million ounces, of which 173 million were from Mexico.

“They are the largest silver-producing country by a wide margin,” said Jeff Christian, managing director of CPM Group. “So interruptions of silver-mine production from Mexico would hit the market.”

On top of this, Christian said, refinery production in Mexico and elsewhere is being curtailed, and the industry faces transportation issues. Much of the world’s precious metals are shipped by air freight due to their high value relative to their weight.

“You can’t even ship refined metal easily from country to country because the planes that normally carry that aren’t flying,” Christian said. “The whole precious-metals complex is being hit by supply and supply-chain disruptions. That is going to continue to be a problem and an issue. Mexico joining the lockdown just makes it that much worse.”

Impact on prices uncertain
While shuttered production will disrupt the market’s supply-and-demand fundamentals, some analysts are not convinced that this will have a major impact on silver prices in the near term. Others say the outlook is hard to forecast at the moment since fabrication demand is also suffering, even though physical investment demand is picking up.

While silver prices are off their 11-year lows, they continue to struggle to find consistent momentum. Silver also continues to underperform gold, with the gold-silver ratio hovering at 113, just down from recent record highs. May silver futures last traded at $14.145 an ounce, relatively unchanged on the day.

“Demand for silver, or the lack there of, is receiving all the attention right now as the world remains worried about a global recession,” said Ole Hansen, head of commodity strategy at Saxo Bank.

Although weak global growth due to the spreading coronavirus will continue to weigh on silver’s industrial demand, Hansen said that investment demand could end up driving the market. He described the silver market as a Sleeping Beauty just waiting to be woken up.

“From an investor’s point of view, silver should do better than gold in a supply crunch,” he said.

Hansen added that currently he is more bullish on silver than gold; however, he added that the market still has to get past current conditions.

Bart Melek, head of commodity strategy at TD Securities, said that he is not surprised that Mexico is halting its mining operations. Mexico’s announcement comes less than a week after South Africa shut down its mining, impacting the supply of platinum and palladium.

“From a fundamental supply-and-demand perspective, this will tighten up the market a little,” he said. “But I don’t know what prices will do in the near term.”

However, Melek added that the issue in the silver market isn’t just the supply/demand picture. Market volatility remains relatively high as investors remain concerned about the impact the coronavirus is having on the global economy, he said.

“Right now, this is a liquidity issue and until we really understand the full impact of the virus will have on the economy, investors aren’t going to be focused on supply and demand,” he said. “Right now, we don’t know how long these global lockdown measures are going to last.”

But Melek also isn’t completely dismissing the silver-supply issue. He added that this will provide long-term support for the metal. He also said that with silver continuing to underperform gold at historic levels, there is long-term value in the marketplace.

“Once we understand the full impact the virus has on the global economy and we can see beyond the short-term volatility, then silver’s supply issues will be a major factor in the price,” he said. “This sets us up for future higher prices.”

Meanwhile, Christian pointed out that there are numerous cross-currents in the market, not only the reduced mine supply but reduced fabrication demand of silver for industrial purposes but increased investment demand. Historically, industrial uses have been the largest source of silver demand.

However, investors have stepped up purchases of silver and gold bars and coins, he continued. For instance, he pointed out that U.S. Mint data show that sales of American Eagle silver coins jumped to some 5.5 million ounces in March from around 650,000 in February.

“While you have a reduction in refined supply, a reduction in fabrication demand, you are actually seeing this increased demand for physical silver in coins and bars,” Christian said. “But the supply is being constrained because you can’t ship the stuff around, and the factories that make the blanks [for coins] are closed. The mints that make the coins are closed.

“So the market is in turmoil right now in terms of the logistics of getting metal from A to B.”

By Neils Christensen and Allen Sykora