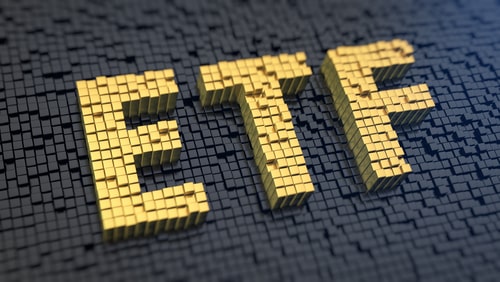 Purchasing “paper gold [ETFs] could be a huge failure in entire gold-delivery system” as there is not enough of the yellow metal to cover all the paper demand, Gundlach said in a Tuesday webcast.

If, after buying a gold-backed ETF, investors might want to get their hands on that physical gold, there might not be any left, Gundlach warned.

After big inflows last week, holdings in gold ETFs tracked by Bloomberg rose by another 16 metric tons Monday, putting them above 90 million ounces or over 2,800 tons for the first time, Commerzbank said.

The demand for ETFs has seen a boost recently with State Street Corp.’s $50 billion SPDR Gold Shares ETF (GLD) seeing $2.9 billion worth of inflows last week — its biggest gain since 2009.

The demand for the yellow metal in both physical and paper forms has been running high amid fears of a massive global economic slowdown due to the COVID-19 outbreak. Unprecedented monetary policy easing and fiscal stimulus are also boosting the case for owning gold.

Gundlach has advising against purchasing gold-backed ETFs at the moment, adding that he also exited his gold miner positions.

“What happens if physical gold is in short supply and everyone wants to take delivery of their paper gold?” Gundlach said. “They can’t squeeze blood out of a stone.”

The DoubleLine CEO also pointed out that investors can’t get to the physical metal just by selling their gold-backed ETFs. It is not as simple, he said.

Other key points from his webcast included a “massive, massive reduction in [U.S.] GDP.” Gundlach said he projects a drop of at least 3% in 2020. He also added that it is too optimistic to think that the U.S. economy will begin to recover in the third quarter.

The panic that defined the mid-March equities sell-off is likely to return at some point in April, Gundlach noted.

But despite all the doom and gloom, the DoubleLine CEO sees “tremendous opportunities” later in the year.

“The biggest winner out of all of this may be the American economy once we get past a rough patch,” Gundlach said. “We well get back to a better place after a period of great sacrifice.”

Sterling edges back to near six-month peak, all eyes on rate outlook

Bank of Canada set to hike rates, may signal it is near end of tightening cycle