How high is gold price going next week? It all depends on these 3 factors 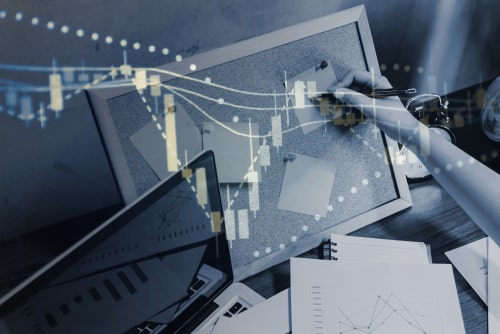 (Kitco News) Analysts have pointed to three key drivers that could take gold higher next week as the massive impact of the COVID-19 outbreak is starting to be reflected in the negative macro data coming out of the U.S. and Europe.

The overall sentiment is bullish for gold next week with the U.S. dollar, safe-haven demand, and heightened volatility selected as the top three triggers that could push the yellow metal higher in the short term.

The COVID-19 outbreak is not peaking any time soon as the number of cases worldwide has breached one million, with more than 58,000 deaths. The U.S. remains the country with the most infected — more than 266,000 cases and more than 6,800 deaths.

Economists say this is just the beginning, expecting things to get much worse before they get better. Treasury Secretary Steven Mnuchin warned of the unemployment rate rising to 20% without any action to contain the coronavirus pandemic.

“The impacts of the lockdowns in various places if starting to be felt … Gold, as predictably, has responded by going higher. We are now above $1,600,” Mitsubishi analyst Jonathan Butler told Kitco News on Friday.

The U.S. dollar, which has been gaining strength as a safe-haven currency, will be the main obstacle to higher gold prices next week.

“Typically, whenever the U.S. dollar index moves higher, gold tends to get a little bit of a headwind. The U.S. dollar is up quite considerably and that has been one of the key determents of where things are going. At the end of March, the U.S. dollar index was around 94, then spiked to 103 and now it is at about 100,” said TD Securities head of global strategy Bart Melek.

The higher the index goes, the harder it will be for gold to rally, which is why analysts are carefully eyeing how much upside room the U.S. dollar has.

“The surprising thing is that gold is not doing better in this environment. But you also have to consider that the dollar is doing really well — that traditional safe-haven asset of choice for many investors,” noted Butler. “So even though the economic news doesn’t look too great right now, the dollar is gaining some strength in its own right and relative to other currencies.”

With this in mind, gold could find itself “a little under the weather,” Butler added.

But despite COVID-19 uncertainty boosting the U.S. dollar, analysts are positive that gold is going up.

“We think the dollar will remain quite strong, but that won’t necessarily rule out further rises in the gold price in Q2,” said Capital Economics assistant commodities economist Kieran Clancy. “We are looking for about $1,700 an ounce for gate gold price in Q2.”

The safe-haven demand for gold will offset any drag introduced by higher U.S. dollar, Clancy added.

“Our near-term outlook for gold is fairly positive. For as long as there is uncertainty facing the global economy and people aren’t quite sure when things are going to return to normal, there is a good chance you get more safe-haven buying of gold,” he said. “At the same time, you got similar concerns pushing the dollar up. But on balance, safe-haven buying is probably going to be the more dominant one, at least in the near term.”

During this crisis, gold has seen new investors piling into gold-backed ETFs as well as the physical metal, Clancy noted.

“What we’ve seen over the last few weeks is a lot more institutional investors clearly repositioning their portfolios trying to minimize the losses they are incurring or already incurred by holding assets that tend to be better stores of value during heightened volatility. On the other side, there’s clearly a lot of retail interest in gold,” he said.

Increased volatility is the third major element in next week’s price action. Too much volatility could work against gold, which is what happened in mid-March when the precious metal was sold off along with equities.

“We are very closely looking at volatility in the marketplace. The VIX is important because, in many ways, it helps to determine the positioning of algorithmic traders like CTAs and others,” Melek explained. “Right now, volatility has come off but still is elevated.”

“When we look at one-month gold volatility, we were near record. We were at about level 46 on March 12. We also had a huge amount of volatility in other markets as well. That essentially meant that anyone with long positions not only sold to cover margin calls, but some of the algorithmic traders adjusted positions based on volatility. So the higher volatility, the less willing they were to have large amounts of exposure,” he said.

Melek reminded investors that during the times of extreme volatility, gold does not perform particularly well. “Sadly, we think that as the disease starts peaking, we are going to have some very bad news, typically that would be good for gold, but that may very well move investment funds into U.S. dollars as people might need to get liquidity,” he said.

Key gold levels on the radar

Butler projects a much more volatile week ahead with the trading range varying between $1,800 and $1,500. “Quite volatile time in the weeks ahead. The $1,600 level is pretty key. It will be interesting to see if we get sustained move above that in the next week or so,” he said. “We could see gold trade up to $1,800 and then back down to $1,500. I think it is going to move on sentiment more than the macros.”

Butler is looking for gold to trade around $1,650 an ounce in the second quarter.

Clancy sees slightly higher gold prices in Q2, projecting $1,700 an ounce. However, he estimates a decline back towards $1,600 an ounce by year-end. “Later in the year, we are working on the assumption that a lot of the uncertainty facing the global economy will start to recede and in that type of environment, we think the gold price will come down a little bit,” Clancy said.

Melek has called for $2,000 level gold in the long-term but added that investors will first need to see a little bit of stability. “For now, it is going to be very much driven by headlines of virus infections and deaths. And sadly, that will last a few weeks,” Melek said.

Markets should not be surprised to see even more weakness next week in terms of data being released, said Butler. “How bad is it going to get is the question on everyone’s minds. Is this going to be a very deep but temporary decline or are we going to see a sustained slowdown? Are we in this for a long haul or are we going to bounce out of it like China did in March after a bad month in February,” Butler noted.

The U.S. jobless claims will once again be key data set next week, said Melek. “These clams numbers are probably the best, high-frequency information we are going to have,” he said.

Melek is also eyeing the U.S. CPI numbers from March to see if there were any dis-inflationary pressures at least at the outset.

He also noted that macro data will become more important in a month or so as the markets are now more preoccupied with day-to-day headlines. “Maybe in the few months, we’ll care more,” he said.

The schedule for next week includes U.S. jobless claims and PPI on Thursday, as well as the CPI report on Friday.