Gold is cheap; prices to hit $5,000 in medium-term, says economist 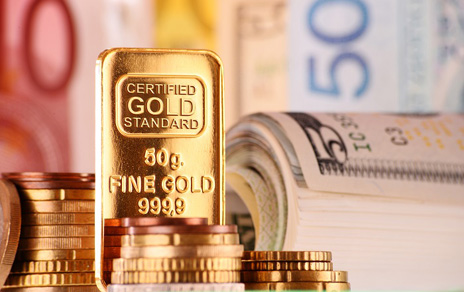 (Kitco News) - Gold prices could climb to $5,000 in a few years, this according to John Butler, author of "The Golden Revolution."

Butler attributed this price growth to the longevity of loose monetary and fiscal policies that will come as a result of COVID-19, as well as gold's historical performance during periods of declining economic growth.

"Based on the historical pattern of the 1970s, and stagflation, and other times these sorts of things have come about, I think gold is going to rise, by orders of magnitude," Butler told Bilal Hafeez on the Macro Hive podcast. "I think it is perfectly realistic to see gold closer to $5,000 than where it is today in a few years' time."

On the lasting effects that the pandemic will leave on the economy, Butler said that policy reforms are here to stay.

"Politicians jump on whatever opportunity to try and push their pet agenda forward, and in some cases, it might be a very well-meaning program and in other cases it might be a way to try to increase their power and influence. I see all of the above right now," he said. "The other thing is what Milton Friedman said decades ago, [which is that] there is nothing more permanent than a temporary emergency government program."

Although gold has already hit historically high valuations, Butler said that simply looking at the price in nominal terms may not give the full picture.

Developing a framework for identifying the fair value of gold can be done by looking at other macroeconomic variables that have a definitive correlation with the yellow metal, Butler noted.

"The ones that have the most explanatory power over both the median and long term are real interest rates and long-dated oil prices, and I stress long-dated, that is, way out the curve. The reason for that is that intuitively, the real interest rate is the natural opportunity cost trade-off vis-à-vis holding gold," he said. "The oil relationship, however, is really a proxy for what is a general energy relationship, because energy is the only really universal input. Even human labor requires energy to be performed in an economic value-added way."

The long-term price of energy then becomes the opportunity cost for mining gold out of the ground, he said.

Butler made the case that gold's ability to store wealth, especially during bear markets, makes it an invaluable resource.

He pointed to the 1970s and early 1980s when both stocks and bonds performed poorly.

"There was a long period there when gold was outperforming both, and outperforming on historically very, very large margin," he said.

During economic shocks, such as the oil crisis of the 1970s, investors should not be exposed to assets correlated with economic output, Butler said, and instead be exposed to economic input, or raw commodities.

He noted that taking into account gold's historical performance, a balanced portfolio should include 10% to 20% of gold, which is much higher than most investors hold.

Additionally, gold's supply, compared to other sources of money like liquid assets, make it look relatively cheap in value.