'Cash is king?' Ray Dalio doubles down on 'cash is trash' relative to gold during Reddit AMA 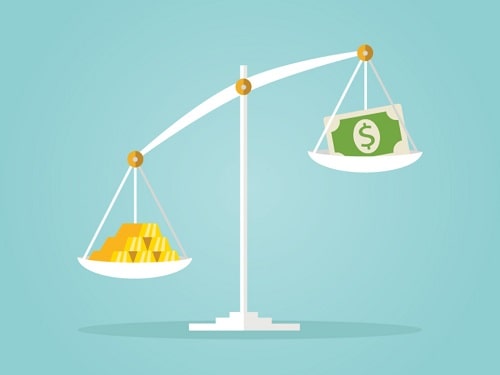 (Kitco News) As investors rush to cash during these very uncertain times, Bridgewater Associates' Ray Dalio reminded everyone during his Reddit Ask Me Anything event Tuesday that cash is still “trash” relative to assets like gold.

One of the more popular questions the founder of Bridgewater Associates was asked Tuesday was this one — “A few months ago you said cash is trash. But now cash is king. What gives?”

Dalio was very happy to clarify his answer, noting that his opinion has not changed even after the COVID-19 outbreak hit the financial markets hard all across the board.

“When the virus hit and it had its negative impact on earnings and balance sheets, asset values plummeted which made cash look comparatively attractive. However, what did the central banks do? They created a ton more cash,” he said.

“When you think about what assets are safe to own, and you think of cash, please remember that while it doesn't move around in value as much as other assets, there is a costly negative return to it in relation to goods and services and other financial assets that amounts to about a couple of percent a year, which adds up,” he continued.

Dalio sees value in assets like gold and stocks: “I still think that cash is trash relative to other alternatives, particularly those that will retain their value or increase their value during reflationary periods (e.g., some gold and some stocks),” he said.

The U.S. dollar is regarded as the world’s reserve currency, which is why the U.S. government is able to provide money and credit, Dalio explained when answering a question about the current market environment.

“While the U.S. accounts for about 20% of the world economy, the U.S. dollar accounts for about 70% of the world's buying, selling, borrowing, and lending … I believe that increasingly there will be questions by bondholders who are receiving negative real and nominal interest rates while there is a lot of printing of money about whether the debt assets they are holding are good storeholds of wealth. I believe that cash, which is non-interest-bearing money, will not be the safest asset to hold,” he said.

The COVID-19 crisis has been boosting the U.S. dollar as “the world desperately needs dollars,” Dalio added, noting that this renewed greenback strength will not last.

“Having the world's printing press to produce the world's currency is the equivalent of having the world's most important asset, especially in times when so many people need the world's money. So, we are now having a short squeeze on the dollar,” he said. “Eventually, that will end because either that shortage of dollars will be satisfied by enough creation of dollars or it won't be satisfied in which case there will be debt defaults and restructurings that will reduce the need for dollars. When that happens, the dollar will weaken. It will also weaken when those who are holding dollar-denominated debt no longer want to hold that debt because interest rates are inadequate and so much dollar-denominated debt and money is being created that its value is undermined.”

Here are a few other interesting answers from Dalio’s Reddit event: 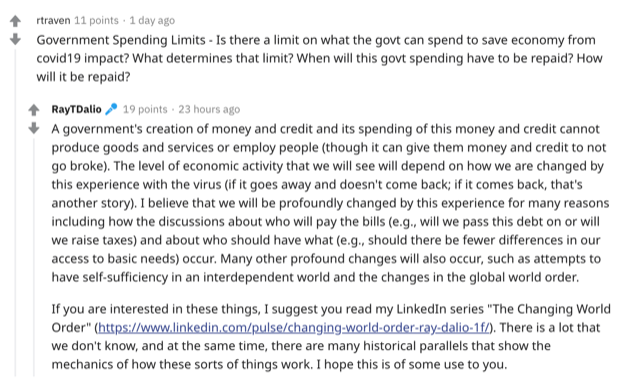 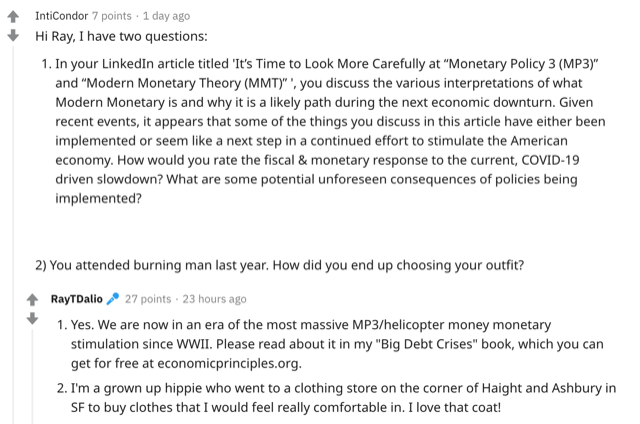