New opportunity for silver: Demand to see a shake-up after COVID-19 outbreak - BMO 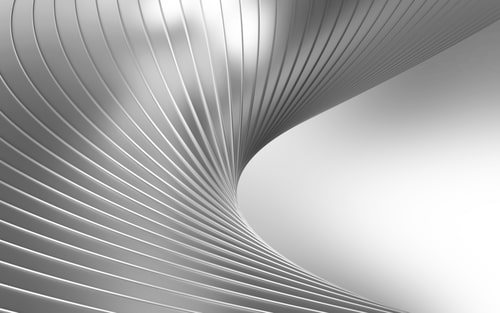 (Kitco News) After the COVID-19 outbreak peaks, countries around the world will begin efforts to re-start their economies and silver will greatly benefit from these actions as it embraces a new position in the commodity world — an 'infrastructure' precious metal, according to BMO.

Silver has been lagging behind gold with the gold-silver ratio last at 110, according to spot price data from Kitco.com. This means that it now takes 111 ounces of silver to buy one ounce of gold. At the time of writing, May Comex silver futures were trading at $15.220, down 1.68% on the day.

And with gold being the star precious metal in Q1 and maybe even Q2 this year, silver investors are wondering when it will be silver's turn to shine.

Some good news for these investors comes from Colin Hamilton, head of commodities research at BMO Capital Markets, who sees a new role for silver in the decade to come, which will shake-up demand.

"While gold naturally gets most of the attention in a macro environment of aggressive monetary support, we feel there is an opportunity emerging in silver. As governments seek to further bolster economic recovery, we anticipate silver-intensive areas such as 5G and solar technology could well benefit from any fiscal impulse, making silver increasingly the 'infrastructure' precious metal," Hamilton wrote in a report on Tuesday.

Silver has always been thought of as having a substantial industrial component to it, which has lately been dragging the prices down. But, the new infrastructure role could significantly change the supply-demand dynamics.

"Silver's physical demand outlook [will] witness a shake-up as new technologies come to the fore," Hamilton said. "Traditionally considered an industrial precious metal with applications as a conductive and soldering element within electronics but also as a brazing alloy, we believe silver's use in 5G and photovoltaic (PV)-related technology will increasingly position it as an infrastructure commodity."

"Globally, fiscal stimulus measures are set to bring forward shifting demand-side gains. This new and growing source of demand growth for silver is likely to emerge earlier than expected in the current environment, as the economic fallout from coronavirus (COVID-19 virus) across major emerging and industrialized markets prompts governments to implement unprecedented fiscal stimulus measures to revive activity," he said.

China will play a key role in increased demand, especially when it comes to 5G and other infrastructure advances.

"Silver's infrastructure consumption is set to record the fastest demand growth of all its end-uses in the coming decade. The rise of 5G and continued growth across PVs will provide a high-growth source of new end-use potential for silver. Currently, estimates by the Silver Institute suggest that demand from new mobile communication technology already accounts for 7.5moz of silver," Hamilton explained.

BMO forecasts a shift into deficit for silver as demand in PV, 5G, and physical investment sectors rise. This uptick is also said to offset any declines in the consumer, industrial and photography-related demand.

On the supply side, there will be disruption risks, Hamilton added.

"When observing the supply side, Mexico and Peru stand out as clear winners from an improving demand pull for silver. As of 2020, we estimate both countries combined account for ~40% of the ~1,000moz total global silver output, not including scrap, making it a relatively concentrated market," he noted. "This year looks a particularly vulnerable one in this regard as COVID-19 shutdowns in producer countries, including Mexico and Peru, are set to remain in place to some degree, at least during April."