'Floodgates are open for gold to move higher': Inflation, retail in focus - analysts 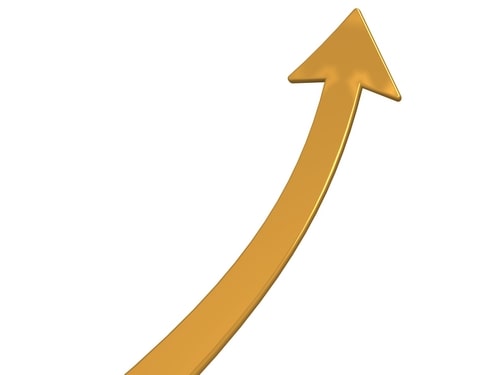 (Kitco News) Gold is up nearly 6% on the week and more gains are just around the corner, according to analysts, who still see the COVID-19 uncertainty as ruling the day and benefitting gold prices.

Despite rallying equities, a lot of uncertainty around the economic fallout from the COVID-19 outbreak remains, which is attracting new investors to the gold market.

“There is a danger here that we follow more of a W-shaped recovery in stocks rather than the V-shaped one. We are certainly not out of the woods in terms of the pandemic. We are still going to get some negative data,” T.D. Securities head of global strategy Bart Melek told Kitco News Thursday.

“We are a long way off from the peak in many countries in terms of the virus,” said Capital Economics assistant commodities economist Kieran Clancy. “This uncertainty will continue to benefit gold.”

The economic projections vary, but the latest from banks like Citigroup and JPMorgan Chase is that markets will see at least a $5 trillion hit to the world economy over the next two years due to all the coronavirus-related shutdowns.

The gold market is looking strong this month, with many analysts expecting gold prices to keep rising in Q2, Q3, and Q4.

“Investors are still uncertain over the U.S. equity rally; therefore, the underlying need for safety still exists on the back of everyone’s mind … There is still a lot of uncertainty. People are a little bit over-optimistic on how the money coming from the Federal Reserve will make into the pockets of the consumer,” Blue Line Futures chief market strategist Phillip Streible told Kitco News.

The Federal Reserve is fairly limited in the tools that it has and it looks like it will be letting inflation run, which is a big deal for gold in the long-term, Streible pointed out. “The Fed said it is not concerned about inflation right now. That really lets the floodgates open on gold moving higher. I think that gold looks better in the next couple of quarters,” he said.

“That won’t happen overnight. But we are more likely than not heading to $2,000 level. I have to say; we are getting close to my $1,800 shorter-term target,” he said. “It will be tough to get above $1,800 in Q2 due to lack of economic activity, not putting pressure on inflation.”

However, if you are a long-term investor, you can’t forget about inflation, Melek added. “You have to start wondering what happens if people go bankrupt,” he stated. “Risk is that there is a debasement of currency or purchasing power via really low interest rate environment. For long-term investors, we will continue to see moves of money into gold.”

More upside for gold in the short-term is also being projected by Standard Chartered Bank analyst Suki Cooper, who sees an average of $1,725 for Q2.

“Spot gold prices have started to consolidate around $1650/oz, but the macro backdrop remains conducive for further price gains,” Cooper noted. “Unprecedented monetary and fiscal stimulus, negative-yielding debt and low interest rates for longer imply gold will continue to attract a flight to safety and quality.”

Spreads in gold market are not going away

The unusual differential between spot gold and active Comex future prices will likely continue next week as the market deals with a supply crunch.

“One emerging factor in the gold market, even as refineries come back online, looks to be challenges in availability of air freight. This is restricting the ability of dealers to move material to end markets,” BMO Capital Markets head of commodities research Colin Hamilton said Thursday.

“The market expected a shortage of gold bars in New York due to the suspension of some gold refineries and logistical disruptions. However, the situation was expected to normalize following the partial restart of refineries. Clearly, investors are still concerned about supply logistics,” they wrote Wednesday.

Before this week is over, the markets will get a chance to look at the inflation data from March with the U.S. CPI being released Friday morning. Markets are expecting to see inflation slow to 1.6% in March after running at 2.3% in February.

Next week, U.S. retail sales will be critical to watch as markets get their first glimpse at how the COVID-19 shutdowns affected the retail sector. The March data are scheduled to be released on Wednesday.

“Retail sales is a big indicator. The market is looking for a 6% decline in March. It could be significantly worse,” warned Melek.

Also, on Wednesday, investors will get a peek at N.Y. Empire State manufacturing index from April and industrial production from March.

Then Thursday, markets will be eyeing U.S. building permits and housing starts from March as well as Philadelphia Fed manufacturing index from April. “Markets are looking at a 17.5% decline in housing starts. That will matter,” Melek added.