Editor's Note: The article was updated to include information that the U.S. Mint's Philadelphia facility will produce silver coins. 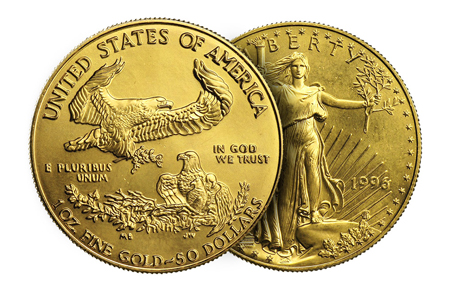 (Kitco News) -  The physical gold market has been dealing with significant supply issues and the crunch is going to get bigger as the U.S. Mint announced that it is shutting down gold and silver bullion production at its West Point Facility.

In a media alert Wednesday, the U.S. Mint said it is shutting down the facility due to the increasing number of COVID-19 cases in Orange County, New York, and out of an abundance of caution.

“My commitment to the health and safety of the Mint workforce is unwavering and continues to be my highest priority”, said Mint Director David J. Ryder.  “These are challenging and unprecedented times, and decisions on Mint operations are made with the best interests of Mint employees first and foremost.”

The U.S. mint did not provide any timeline as to when the facility might re-open again. “The Mint will resume production once it is deemed prudent to do so,” it said in the statement.

According to the latest sale data, the U.S. mint has sold 56,500 one-ounce American Eagle Gold Bullion coins in the first two weeks of April. Sales for the month are up 465% compared to all of April 2019.

Meanwhile, the U.S. Mint data shows that it has sold 350,000 one-ounce American Eagle silver coins, down compared to 1.1 million coins sold in April 2019. However, the slower sales numbers come after the mint said that it sold out of its silver coins last month and has been rebuilding its inventory.

Although the Mint won’t be producing coins in New York it said that it will redirected some silver bullion production to its Philadelphia facility. American Eagle and America the Beautiful silver bullion coins will be available to its network of authorized purchasers.