Thailand PM to the people after rush to sell gold: ‘Sell gradually’ 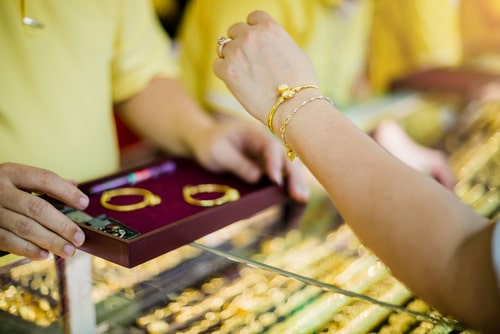 (Kitco News) Thailand is seeing a surge of people trying to sell their gold after the precious metal hit multi-year highs in local prices. Sellers said they wanted to get their hands on some much-needed cash during the COVID-19 crisis.

There was an immediate fear that gold shops will soon run out of cash as crowds lined up, trying to sell their gold bars and gold jewelry.

Thailand Prime Minister Prayuth Chan-Ocha was even forced to step in to calm the situation down: “I’m asking people to sell gradually, not in large amounts, as shops may face a cash crunch,” he said at a briefing Wednesday in Bangkok.

The PM added that local officials are working out a plan to help gold shops deal with the queues of sellers rushing to offload their gold savings.

The rush to sell began early this week as prices climbed to at least 7-year highs, with increased activity reported in Bangkok as well as across many provinces.

Thailand is seeing long lines of people cashing in on gold at record high prices. pic.twitter.com/5PjOCOTLTM

Photos of long queues again in front of gold shops in the Yaowarat area today. People are selling their jewellery after the price of gold went up #SocialDistancingFail #COVID19 #?????19 #Thailand https://t.co/GWH0SPbHmg

Social distancing beaten by gold: People are lining up at some of gold stores in Bangkok today to sell their gold after a surge in gold price (currently at 26,000 baht per "baht," or 15.2 gram) #Thailand #KE pic.twitter.com/2bwRpp51Te

Buying up gold is a popular way to save in Thailand. Many sellers cited getting laid off or facing wage cuts due to COVID-19 shutdowns as the reasons for trying to sell now, according to local media reports.

Only businesses defined as essential remain open in Thailand with the country remaining in partial lockdown at least through the end of April.

Other local officials also weighed in on the issue. Thailand’s Gold Traders Association chairman Jitti Tangsitpakdee called on people to hold off from selling in such quantities and warned of possible liquidity problems: “If this continues for a week, most gold shops will have to shut down temporarily. But it will have a great effect on many players in the gold industry.”