Dramatic shift: Why gold prices might not breach $1,800 this spring 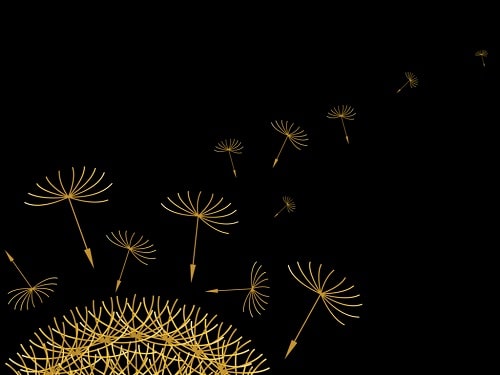 (Kitco News) Markets are ignoring the negative backward-looking data and are instead focusing on what's to come — economies eventually reopening. For gold, this means continued risk-on pressure next week, according to analysts.

"Sentiment is a bigger driver than macro fundamentals. It's definitely true that the macro outlook is especially favorable to gold right now. But I don't think that's going to be on everyone's radar until we're in the recovery phase," Gainesville Coins precious metals expert Everett Millman told Kitco News Friday.

Some optimism in the marketplace has reawakened investors, shaving off more than $80 of gold's 7.5-year high at above $1,780 an ounce hit earlier this week. In the meantime, U.S. equities are doing well with the Dow last up nearly 500 points on the day.

"There's an element of profit-taking here. We did hit some technical levels that persuaded some people to get out. The other thing was risk appetite. There are those who strictly think that gold is a function of the equity market and if equity markets do well then gold should do badly … We see a bit of a negative correlation between equities and gold come back," said TD Securities head of global strategy Bart Melek. "We've also continued to have a very robust U.S. dollar."

The risk-on sentiment, which is weighing on gold, comes amid reports that Gilead Sciences drug has demonstrated some effectiveness in treating the coronavirus, which is giving investors hope that the U.S. economy could reopen sooner than expected.

This week's trading had a unique pattern to it with algorithms calling most of the shots, highlighted Millman. "The latest data from the CME shows that the majority of trades recently in gold futures have been conducted by algorithms. We can expect some sharp swings because of the nature of how the algorithmic trading works," he described. "We do tend to see that when the prices get higher like this."

Pressure on gold prices is unlikely to subside next week, even though traders are likely to buy the dip in prices, according to analysts.

"We're getting some consolidation off of those highs. Some of the key things I'm watching are whether or not the Federal Reserve has to continue to expand its stimulus … The consensus is that they're not done and that there will be more bail-out packages coming soon," said Millman.

Many analysts have been describing the pullback in gold prices as a healthy one. "It feels like this pullback that we're having right now is a needed correction," said Blue Line Futures chief market strategist Phillip Streible. "That critical level to hold is around $1,700."

"My reference point has been how gold behaved in 2008 — the last time we had a crisis of this magnitude. During the crisis, gold was very volatile. And it had its biggest gains once the recovery had started," said Millman. "Until the economies around the world reopen, we probably won't see gold test anything above $1,800."

Some stability is crucial before gold can move much higher, added Melek, who is projecting $2,000 an ounce level for gold by the end of next year. "Right now, there is an awful lot of disinflationary pressures in the economy. It is very likely the North American economy is going to drop by 25% on the quarter annualized. We're going to have massive unemployment," he said.

Once the U.S. sees a bit of economic stability and the real rates continue to be low, then currency evaluation and inflation comes into play, noted Melek. "If that becomes a problem, that will drive [gold] to around the highs that we've seen in the aftermath of the financial crisis — in today's dollars, it would be around $2,100," he said.

All the high-frequency data, such as the U.S. jobless claims on Thursday, will remain the most significant market drivers out of all the macro fundamentals.

Tuesday's U.S. existing home sales from March are also important to watch as they might reveal something about the consumer behavior going forward, highlighted Melek.

"We want to assess what happens once we remove all the restrictions. Will people get a little freaked out and not want to look at houses? March's existing home sales are a good indicator because we really haven't had any formal lockdowns in March, but we knew what was going on," he said. "Even if a lot of those restrictions are removed, it's still debatable whether people without the vaccine would be willing to go out?"

Other data to keep an eye on include Thursday's manufacturing PMI for April and new home sales for March as well as U.S. durable goods orders for March.