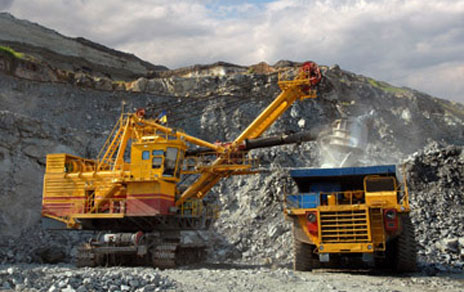 (Kitco News) - Centamin PLC (LSE: CEY; TSX: CEE) reported a year-on-year rise in first-quarter gold production Tuesday and maintained full-year guidance, saying mining has not been impacted so far by the COVID-19 pandemic that has temporarily closed a number of operations around the world.

The April-June period is scheduled to be a quarter with lower production, with the company projecting approximately 115,000 ounces of gold, due to an expected reduction in underground output, the company said.

As of Monday, there were no recorded cases of COVID-19 at Sukari and no disruptions in procuring materials or selling gold, Centamin said. Officials added that they have implemented a number of contingency plans to deal with any disruptions.

Centamin said it is keeping its 2020 guidance at between 510,000 and 540,000 ounces of gold, with production weighted 55% in the second half of the year, with all-in sustaining costs projected at between $870 and $920 per ounce sold. First-quarter AISC were $902 per ounce sold, in line with guidance, the company said.

The board of directors declared a 2020 first interim dividend of 6 cents per share payable on May 15.

Ross Jerrard, chief financial officer, said Centamin had zero debt and $379.2 million in cash and liquid assets as of the end of the first quarter.

“I am confident in our long-term strategy and our ability to respond quickly in this difficult environment,” Jerrard said. “We continue to operate diligently and invest prudently, and I believe Centamin is both well equipped to navigate these challenges and remains well-positioned for the future.”