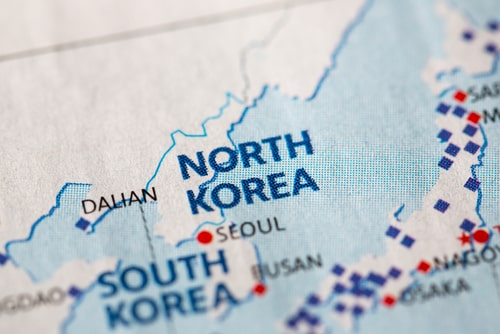 U.S. officials with direct knowledge of the issue were cited by CNN as saying that U.S. was “monitoring intelligence” that Kim is in “grave danger after a surgery.”

The reports began circulating after the north Korean leader missed a celebration of his grandfather’s birthday on April 15.

Unnamed American officials confirmed to NBC News Tuesday that Kim recently had cardiovascular surgery, with some others adding that the North Korean leader could be incapacitated.

However, there is still a lot of confusion regarding the state of Kim’s health. A Chinese Communist Party International Liaison Department official told Reuters Tuesday that Kim is not believed to be critically ill.

More reports added only more questions. NBC News cited South Korea’s presidential office as saying: “We confirm that Chairman Kim Jong Un is currently touring provincial areas with his close aides and we do not detect evidences to support speculation about his ill health.”

Kim is believed to be in his thirties and have an older brother and a younger sister, BBH Global Currency Strategy said Tuesday. He is also thought to have a young daughter. “The dynastic process has always been opaque in Pyongyang, but with no clear successor groomed, a power struggle is quite possible,” noted BBH.

The ripple effects in the marketplace were already being felt when trading began Tuesday morning.

The Korean won plunged Tuesday against the U.S. dollar, last down 0.87% on the day. U.S. equity markets opened lower, still shaken by the oil price collapse witnessed on Monday. The Dow was last down more than 500 points on the day. Gold prices first declined but then started to climb back up with the June Comex gold futures last at $1,702.20, down 0.53% on the day.

More market uncertainty could definitely be in the cards if the reports are confirmed, which is beneficial for gold, Blue Line Futures chief market strategist Phillip Streible told Kitco News Friday.

“There has been turbulent times with Kim, but it seems like the market got accustomed to his temperament and it seems the market has stabilized when it comes to North Korea. But if something unfortunate did happen to him, there could be a quick transitioning regime change. And something like that occurring provides a lot of uncertainty in the market and that could be part of the reason why we saw gold futures come back off from their lows on the safety bid,” Streible said.

The major concern is around a possible power vacuum developing, said chief market strategist Marc Chandler of Bannockburn Global Forex. “The concern is about a potential power vacuum and the command and control of North Korea's weapons,” Chandler noted.