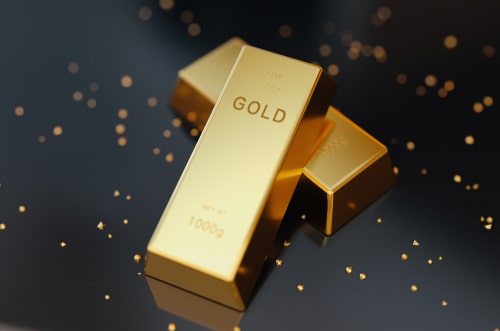 (Kitco News) There is opportunity in gold, which is an “anchor of value” in portfolios at a time of unprecedented monetary policy stimulus, according to Swiss private bank Union Bancaire Privée (UBP).

The Swiss bank sees gold trying to tackle its all-time high of $1,920 an ounce in a not so distant future. “We see both a tactical and a strategic opportunity for investors in gold and view gold as an anchor of value for portfolios with a challenge to the all-time high of $1,920 likely looking ahead,” UBP said in a report titled ‘Fed policy lays the foundation for gold’.

The Federal Reserve doing “whatever it takes” to help fight the economic fallout from COVID-19 outbreak is what will eventually push gold to new record highs.

“Since the end of February, the Federal Reserve has announced measures involving itself more deeply into U.S. financial markets than ever seen before. This amounts to an attempt to ensure functioning of U.S. credit markets by injecting nearly USD 2 trillion into the U.S. economy,” the report stated. “The key beneficiary of this commitment will be gold.”

On top of the Fed actions, other major central banks, including the Bank of Japan and the European Central Bank, have added their own stimulus to the equation.

UBP’s bullish outlook is not just for the months but even for the years ahead, UBP’s Michaël Lok, Norman Villamin, and Peter Kinsella wrote.

"With the amount of debt in the global economy even before the coronavirus crisis of 2020 combined with the trillions of dollars committed in the past weeks alone, we anticipate that negative real – adjusting for inflation – interest rates will be a characteristic of markets well into the future,” the authors of the report said.

UBP also advises to strictly hold the physical metal and not other investment mechanisms such as gold-backed ETFs.

“With financial variations of gold (via ETFs or structured access) growing more and more common, investors should increasingly prefer and hold physical gold rather than these synthetic exposures that ultimately represent unsecured promises to deliver physical gold,” the report added.