Gold price is ready for $1,800: Markets are watching these two events next week 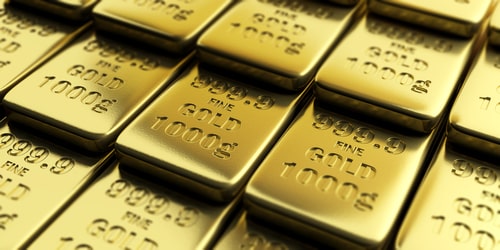 (Kitco News) Gold traders' strategy seems to be buying price dips as the precious metal gets ready to test 2012 highs, according to analysts.

More bad economic data this week did not seem to spook the markets too much and gold ended up climbing more than 2% on the week, despite Friday's daily losses. At the time of writing, June Comex gold futures were trading at $1,736.00, down 0.54% on the day.

"It seems like every time we have a bit of a correction to the downside, the buying emerges. Buying the dips on gold seems to be the strategy for now," ED&F Man Capital Markets analyst Edward Meir told Kitco News Friday.

Gold has been seeing increased investor interest as a safe-haven asset as the COVID-19 outbreak is continuing to weigh on the global economic outlook.

It is still unclear when economies around the world will lift all of the lockdown restrictions. On top of that, there are growing concerns around what a possible second wave of the virus could mean for growth.

CDC Director Robert Redfield told Washington Post on Tuesday that the second wave of the coronavirus could even be more severe than the first. "There's a possibility that the assault of the virus on our nation next winter will actually be even more difficult than the one we just went through," Redfield said.

National Institute of Allergy and Infectious Diseases director Anthony Fauci added to this view on Wednesday, stating: "We will have coronavirus in the fall. I am convinced of that … "Whether or not it's going to be big or small is going to depend on our response."

The key factor the markets are watching is the possible extent of the economic impact of the second.

"The focus is shifting towards supporting the economy by relaxing coronavirus restrictions. While the stay-at-home orders in many states run until the end of April and a few have recently been extended, South Carolina, Tennessee and Georgia have announced the relaxing of some restrictions. With new infections in those states, not yet clearly trending lower; however, there is a risk of a second wave of infections which could end up increasing the longer-term economic damage from the pandemic," said Hunter.

Next week will likely revolve around two major events — the U.S. Q1 GDP data and the Federal Reserve rate announcement followed by the central bank chair Jerome Powell's press conference. Both are scheduled for Wednesday.

The first-quarter GDP data is likely only to be a preview of what's really to come in the second quarter when all the lockdowns actually went into effect.

"Even though the virus-related lockdowns didn't begin in earnest until the final two weeks of the quarter, it appears that the impact was big enough to translate into a 3.5% annualized decline in GDP for the first quarter as a whole," said Capital Economics U.S. economist Andrew Hunter.

This will mark the first output contraction in six years and "worse is to come in the second quarter," added Hunter.

The Fed will have an opportunity to comment on Q1 GDP data, which is what market analysts will be eyeing during Powell's press conference Wednesday afternoon.

"I don't think the Fed will continue to bring rates lower. They've already gone as low as they can. The commentary on where they expect growth to go and how long recovery might take will be important for sure," said TD Securities commodity strategist Ryan McKay.

The Fed has become a bank, said Meir, who does not expect any major announcement from the Fed come Wednesday. "The Fed is pretty much out of bullets. What they're doing now is just expanding their loan portfolio. They're just lending money to corporations, to states. They've become like a bank," Meir said.

The majority of analysts Kitco News spoke to on Friday said they expect higher gold prices in the short-term.

"I'm pretty optimistic on gold in the next week because I feel like the U.S. equity markets ran their course on this bull recovery and I just feel like equities are going to start to slide," Streible said. "Next week, we really have a good chance at threatening that recent contract high of $1,787."

The environment is right for gold because of the stimulus coming from every corner of the world, said Meir.

"Balance sheets are expanding, debt levels are rising, and government spending is going up," Meir said. "All of these things should be bullish for gold. We will move gradually higher, possibly get close to $1,800 over the next two weeks or so."

"Gold prices have rallied to retest 2012 highs despite the dislocation in the WTI market this week. Gold currently has a weak correlation with oil prices, which is in line with the long term relationship," Cooper said. "We continue to expect further upside for gold prices and see real yields as the strongest driver for prices in the near term."

From a technical perspective, McKay also sees more price gains. "After the dash for cash that we saw about a month ago, the positioning side looks a lot cleaner. The long position and is not overly extended, so there is room for investors to continue to get long here as the thesis gets stronger," he said.

Kitco's senior technical analyst Jim Wyckoff cited chart-based buyers and more upside in the near term. "Technically, the gold bulls have the solid overall near-term technical advantage and have gained more power late this week. Bulls' next upside price objective is to produce a close in June futures above solid resistance at $1,800.00," Wyckoff said Friday.

Aside from the U.S. Q1 GDP and Fed interest rate decision on Wednesday, there are several data sets to pay attention to next week.

U.S. CB consumer confidence and Richmond manufacturing index are scheduled to be released on Tuesday. U.S. pending home sales will follow on Wednesday. Other figures include U.S. PCE price index on Thursday and U.S. ISM manufacturing PMI on Friday.

On top of that, the European Central Bank (ECB) will be making its critical interest rate decision on Thursday.

Not all analysts see the data as having a significant impact on markets in the next few weeks.