CPM Group: pandemic to dent silver supply and demand in 2020 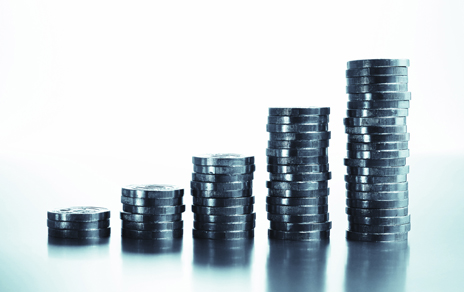 (Kitco News) - The global coronavirus pandemic will hurt both silver supply and fabrication demand in 2020, but the ultimate impact on the market could be offsetting, said CPM Group in its Silver Yearbook 2020 released Tuesday.

On the supply side, government measures to combat the pandemic have resulted in mine closures in some key mining jurisdictions, while some companies have also proactively shuttered their operations, CPM Group said.

“At the very least, based on the current duration of mine closures and the daily output in 2019, the mine closures in South Africa, Peru and Mexico should result in lost output of at least 21.1 million ounces of silver,” CPM Group said.

Further, this could end up being a “conservative” estimate with actual supply losses potentially exceeding this, since current government-mandated closures could be extended and there is the possibility of new ones, the consultancy continued. And on top of this, there will be interruptions to scrap or recycled supply as well, as some refineries are being curtailed or shut down.

“While such supply disruptions by themselves would have been extremely positive for metals prices in another environment, the same factors that are causing supply disruptions are also resulting in a reduction in demand for silver for use in fabricated products,” CPM Group said. “There is little demand from both end consumers and from factories producing various products as they are shuttered in an effort to contain the virus.

“The net impact of these disruptions is near zero at this time.”

CPM Group suggested supply and demand interruptions may clear up around the same time. Nevertheless, a slow recovery by consumers – who may hold back on non-essential spending – may have a negative impact on prices, the consultancy said. However, governments and central banks are injecting liquidity into the financial markets to offset the negative economic fallout, which is supportive for metals in general.

“A combination of immense market liquidity coupled with a more clear sign that the global economy is on the mend from what was lost during the pandemic should weigh more heavily on real rates and help lift silver prices, when these trends both come together,” CPM Group said.

Central-bank monetary accommodation is unlikely to be removed quickly following an economic recovery, the consultancy continued. CPM Group said it does not expect problematic inflation, but said the moves will help prevent deflation.

“With nominal rates near zero and in some cases below zero, the threshold for real rates to dip into negative territory is fairly low,” CPM Group said. “This sets up a price supportive environment for silver.”

Silver prices were held back by low levels of net investment demand for physical silver and a decline in fabrication demand during 2019, CPM group said.

The gold-silver ratio ended 2019 at 83.9, then climbed to 125.5 by March of this year. This means it took more silver ounces to buy an ounce of gold, meaning an underperformance by silver prices against gold.

“It is not unusual for silver to lag gold’s performance in the early stages of a revival in the prices of these metals,” CPM Group said. “Silver has often initially lagged and later outperformed gold in cyclical upward moves in precious metals prices. While silver is not expected to put in this sort of a strong performance in the near future, it should be expected in the medium term.

“This underperformance in silver prices provides medium- to long-term silver market investors a window of opportunity to capture the forecasted upside in prices.”

Besides supply/demand fundamentals, investors focus on the macroeconomic and political backdrop, which also impacts gold.

“The disconnect in the level of investor demand for the two metals last year despite the same factors influencing investor demand leaves a gap to be filled, which is tilted in favor of silver price appreciation given its recent past underperformance to gold,” CPM Group said.

“If this level of total supply is realized, it would be the lowest level of silver supply since 2008, when it stood at 913.1 million ounces,” the consultancy said. “The weakness in total supply during 2020 is expected to be driven entirely by a decline in mine production, with secondary or scrap supply rising slightly during the year.”

Meanwhile, fabrication demand in 2019 was held back by slower economic growth, dipping 0.2% to 926.4 million ounces, CPM Group said. This was the first decline after six straight years of growth.

The consultancy looks for fabrication demand to fall to 859.1 million ounces in 2020, primarily driven by disruptions to supply chains and lower demand due to economic fallout from the COVID-19 pandemic. If fabrication demand does fall as much as forecast, it would be the weakest since 853 million ounces in 2014, CPM Group said. There is some uncertainty in the forecast, however, as it depends on how various scenarios play out with the pandemic.

Investor interest in silver picked up during the first quarter, however, and the consultancy projected net silver investment of 78.9 million ounces in 2020. Still, CPM Group said this would be lower than during previous silver bull markets, noting that 2016 investment demand was 131.1 million ounces.

“Investors are expected to buy silver on price declines, in anticipation of higher prices in the medium to long term,” CPM Group said. “But they are unlikely to chase silver prices higher at this time, with declines in fabrication demand making additional metal readily available to investors.”