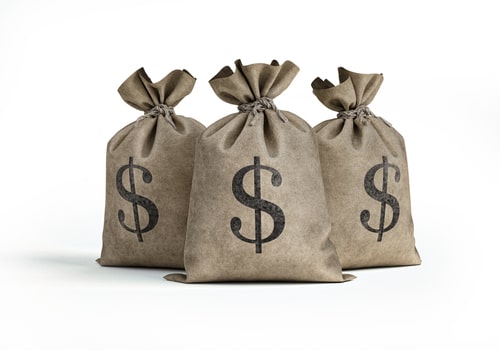 (Kitco News) Currency debasement fears are growing around the globe as major central banks turned on their spending taps to fight against the economic fallout of the COVID-19 outbreak.

Shanghai Gold Exchange (SGE) president Wang Zhenying has called out for a new “super-sovereign” currency system, citing not only currency debasement worries but also fear of the use of the U.S. dollar as a geopolitical tool.

“Future global trade needs a super-sovereign currency system under which no single country has the power to freeze the international assets of another country,” Wang told Reuters in an interview.

Long-term, Wang forces the U.S. dollar losing its purchasing power after the Federal Reserve has cut rates to zero and embarked on unlimited policy easing to help the U.S. deal with eh coronavirus lockdowns.

“When the Fed turns on the liquidity tap, the U.S. dollar will, in theory, be in a long-term depreciatory trend,” Wang said. At the same time, the head of the world’s largest physical spot gold exchange did admit that in the short-term, the U.S. dollar will be making gains as people rush to cash amid the crisis.

Another problem with the U.S. dollar, aside from currency debasement, is the power it gives to the U.S., Wang pointed out, citing the America’s use of sanctions against other countries.

“It is a weapon for the U.S., but a source of insecurity for other countries,” Wang said. “The currency the world ultimately chooses for global trade must not be one that gives someone privilege, while exposing others to insecurity.”

The idea of “super-sovereign currency system” is an old one, Wang added. Gold could potentially fit into this category but its finite quantity limits its role when it comes to global trade.

To prop up financial markets, monetary policy has eased, pushing gold to fresh multi-year highs. This past month the yellow metal came close to the $1,800 an ounce level. Wang noted that he sees gold keeping the gains but added that a new world currency is needed.

Wang did not clarify how this new currency would look like or be used during the interview, but did indicate that it will be used in a post-pandemic world and distribute political power equally.

“The global clout of the United States will reduce, while the status of the European Union and China will rise in global affairs,” he said.

Gold is often used as a hedge against currency debasement, making the current environment a perfect one for gold, ForexLive editor Adam Button told Kitco News this week.

“You can’t script it any better than this. It is the whole world doing it. It is actually better when everyone is debasing currencies at the same time because then you have these wild imbalances,” Button said. “Nobody is on the debasement trade at all. And gold still doesn’t have that moment where it has captivated broader investor interest. Once we get over to 8-year highs and then eventually all-time highs then money just starts to flood in and you have this snowball rolling downhill and the sky is the absolute limit.”