'Inflation bomb' could finally blow up, says J.P. Morgan; what happens next? 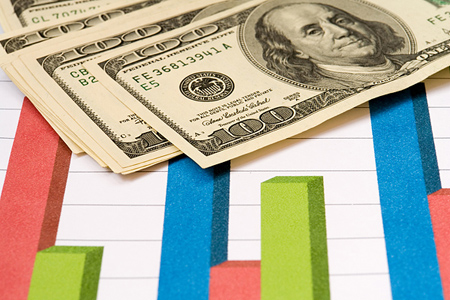 (Kitco News) - Years of accumulating government debt, monetary and fiscal stimulus, have built a ticking “inflation bomb” that may finally be triggered by the current recession, this according to David Kelly, chief global strategist at J.P. Morgan.

“In the aftermath of the Great Financial Crisis, it seemed we had built ourselves an inflation bomb. A huge increase in government debt, monetized by the Federal Reserve, and triggered by an economic recovery should have caused inflation to surge,” Kelly said in a recent report.

The ramifications of an inflationary environment would be a return to tightening monetary policy by the Federal Reserve, as well as a potential to raise taxes on households in order to service the enormous debt that has been accumulated, the report said.

“For investors today, with long-term bond yields at historic lows, it is a reminder that real assets, including stocks, real estate and precious metals can serve an important, although long-redundant role, in protecting a portfolio against the risk of inflation,” Kelly said.

The ignition to this dormant bomb would be government missteps in the form of excessive monetary and fiscal stimulus, the report said.

“All told, the federal government has now enacted 4 separate pieces of legislation to address the pandemic. The Congressional Budget Office estimates that these will add $2.7 trillion to the federal debt over the next 18 months,” Kelly noted.

He added that while the small business grant program is intended to last only until the end of the summer, the government could approve another $1 trillion in aid should the shutdown continue longer than expected.

Should this happen, federal debt could rise to historic levels, he said.

“This, combined with interest costs and the automatic impact of a deep recession on both revenues and spending, could result in deficits of an astonishing $3.8 trillion this fiscal year and $2.9 trillion next fiscal year, boosting the debt from 79% of GDP at the end of the last fiscal year to 109% of GDP by the end of fiscal 2021, thus eclipsing the all-time record of 108% of GDP set in 1946 as the U.S. added up the extraordinary costs of fighting World War II,” the report said.

The question of when higher inflation, higher taxes, and higher interest rates can reappear would depend largely on the forces that have suppressed inflation and interest rates in the last economic expansion, as well as monetary policy during the next recovery, he said.

Worries about inflation during the last expansion were misplaced because even though money supply increased, it did not grow at the same pace as bank reserves. A lack of bank lending further exacerbated the issue.

However, this time, the macro landscape looks very different from the last recession.

“First, both the Federal Reserve and the Federal Government will likely be in a more expansionary mode. On the Fed side, the fact that this recession wasn’t preceded by a financial bubble will probably result in a more indulgent regulatory stance, encouraging more bank lending,” Kelly noted.

Additionally, the pace of recovery this time could be very different.

“Second, the economy is likely set for a much more rapid rebound after the pandemic than was the case in the aftermath of the financial crisis. Put simply, once a vaccine is widely distributed, pent up demand among the American public for a very wide range of services and goods should be unleashed, and, while supply should be ramped up quickly also, the very pace of growth could prove inflationary.” Kelly said.