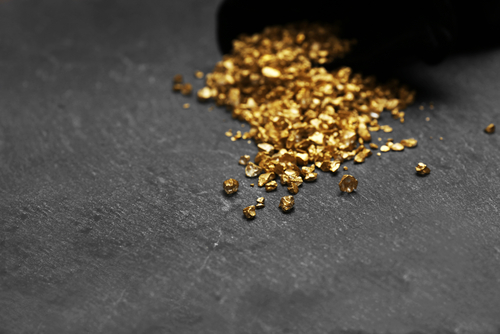 (Kitco News) - Junior gold explorers, while off last month's four-year lows, remain in a holding pattern and continue to underperform major producers. However, the tide could shift as higher gold prices make acquisitions more attractive, according to one explorer executive.

In a recent interview with Kitco News, Eric Saderholm, president of American Pacific Mining, said that the higher gold prices appear to be helping the precious metals mining sector weather the economic storm brought on by the COVID-19 pandemic.

He explained that growth within the mining sector might have slowed because of the global pandemic, but it hasn't completely vanished. The systemic issue of replacing lost production remains a very real issue for larger producers, he said. He added that junior explorers can only solve this problem.

"Maybe now the appetite for ounces has maybe been pushed back a year, but the reality is that still need to replace ounces," he said.

Saderholm said that in the current environment, junior explorers offer the best value in the mining sector; however, he also said investors need to be little bit more discerning in their investment decision as not all companies will be treated equally when the global economy starts to recover from the impact of the coronavirus.

In the current environment, Saderholm said that one factor investors should be paying attention to is how much cash companies have available during the economic crisis.

"If you're cashed up and you're a junior right now, you're probably hunkered down. You've cut your salaries, you're trying to figure out what the next step is and you're just waiting for the next shoe to drop if you're," he said. "But I think if you're not cashed up, you very well might be dropping assets that could be of value."

Saderholm said that his company has a monthly burn rate of about $20,000 a month, a big enough war chest to see them through the next two years.

Along with a solid cash supply, Saderholm said that size in the mining sector is also going to matter when it the world starts to recover from the coronavirus.

Saderholm said that they are seeing renewed investor attention after they purchased the Madison mine project from Madison Metals. The purchase of the Montana property was finalized last month as the world went into lockdown to slow the spread of the virus.

American Pacific Mining's newest project has already attracted the attention of a major producer. Last year Rio Tinto, through a subsidiary, signed an earn-in joint venture agreement that could see the base metal producer spend up to $30 million to earn a 70% stake in the project.

Saderholm said that before the crisis hit Rio Tinto was expected to start a $4 million drill program on the project May 4. At the time of the interview, he had heard of any change in those plans.

"You've got the second-largest mining company in the world, spending $30 million to earn into a juniors project," he said. "They're not looking for something small. They're looking for something big. Rio Tinto put their stamp of approval on this project and now they're spending a lot of money. That creates excitement in any market."