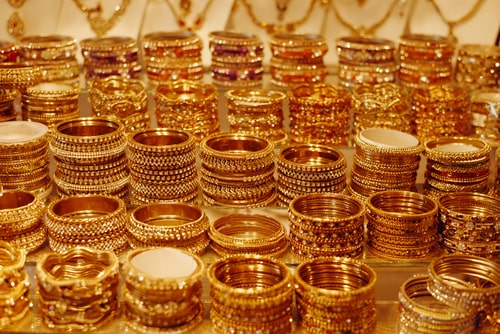 (Kitco News) The world’s second-largest gold consuming nation saw a massive drop in gold imports in April, down 99.9% on an annual basis — the lowest level in three decades, according to reports citing government sources.

India’s annual plunge was blamed on nationwide shutdowns of jewelry stores and an air travel ban due to the coronavirus outbreak.

India imported only around 50 kilograms of gold in April, down from 110.18 tonnes a year ago, Reuters quoted a government source as saying. In terms of dollar value, April gold imports fell to $2.84 million from $3.97 billion posted in April of last year.

Bloomberg reported similar numbers, citing Metals Focus data that said that gold imports were down 99.5% at about 60 kilograms in April.

India’s lockdown has been extended to May 17th, so next month’s numbers could be just as bad.

“The worst part is even if we open our stores, who will come to buy?” Bloomberg quoted N. Anantha Padmanaban, chairman of the All India Gem and Jewellery Domestic Council, as saying. “They will question if it is very much required to exchange or buy jewelry, or is it safer to be at home?”

Padmanaban estimated that India’s gold imports for 2020 could halve to just about 350 tons.