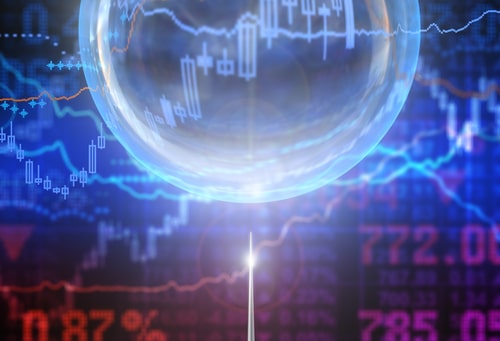 Gold prices began to climb this spring after the Federal Reserve announced it will do whatever it takes to get the U.S. economy back on track, Mashinsky said last week. "After the Fed's actions, we've seen a continuous increase in the price of gold. People are getting worried about the recovery and the Fed printing trillions of dollars. This is driving an increase in allocation towards gold in many portfolios," he noted.

Mashinsky sees gold climbing to $3,000 an ounce by the end of next year but admits that even more gains are possible depending on how bad the currency debasement gets.

One of the biggest risks facing the U.S. economy is the U.S. dollar one day losing its status as the world’s reserve currency. "The biggest risk is really us losing the dollar as a reserve currency of the planet because, since 2008, the U.S. has not really produced any real GDP. All the GDP we get since 2008 was with borrowed dollars … In the long-term, you have to pay the piper. You have to either debase the currency or you have to really create new productivity that allows your earnings to pay back the debt that you've accumulated," Mashinsky noted.

Currently, there's no real competition for the U.S. dollar and many investors feel that they are diversified by owning different types of stocks. Still, if they are all denominated in U.S. dollars, then they are not diversified at all, the CEO explained.

Unlimited money printing could eventually catch up with the U.S. and have a devastating impact on the economy.

"There's a very high chance of a debasement of the U.S. dollar. And it's not just about [losing value], it's also about the U.S. dollar losing its power as the reserve currency of the world," Mashinsky said. "The secret to the success of the U.S. economy is the fact that for every dollar we use in our economy, there's three or four dollars that are used by the rest of the world in their own transactions. Seventy percent of all global transactions are denominated in dollars."

Thinking that the U.S. can continue to print as much money as it wants and nothing is going to happen is naive, the CEO added.

"The Fed is going to flood the market with at least ten trillion dollars because they keep saying that they will do whatever it takes. The central bank added more assets in one month than they did in over a hundred years. So ask yourself, how long can you do that before everyone else around the world loses trust in your currency? After all, it's just paper," Mashinsky noted. "And accumulating a trillion dollars a year is definitely not something that is reversible. At some point, people will stop buying our treasuries, they're going to stop lending us."

One key thing to pay attention to with this is the bond market — "the biggest bubble that hasn't burst yet," according to Mashinsky

"There are tens of trillions of dollars in the bond market that is yielding near all-time lows. The 10-year is half of one percent and the 30-year is at all-time lows. That is where the real earthquake hasn't happened yet. This is where the mega bubble is going to burst. I'm not sure even the Fed has enough money to unravel this bubble when people actually stop using bonds," he said.

If the bubble bursts, investors will rush into gold as they wait to see whether the Federal Reserve could stabilize the situation. "If that happens, a lot of those assets are going to run into gold," Mashinsky said. "That is the fork in the road that we're facing. If you can see in the future, you would know if gold is going to be $10,000 or only $3,000."

Currently, there are three horses in the race to replace the U.S. dollar as the world's reserve currency, Mashinsky pointed out.

"One of them is a digital reserve currency, which is like what China or the United States is effectively trying to create. The second one is the corporate version of that, which is Libra of JP Morgan coin. And the third one is the open public blockchain, represented by the Bitcoin," he said.

This has happened in the past, which only makes this race more competitive.

"Over the last 2,000 years, every empire thought exactly the same thing from the Roman Empire to the Byzantine empire, to the British, to the French, to the Portuguese. And they learn that when you debase your currency, sooner or later, everybody loses trust. And when they lose trust in your currency, they switch to something else," Mashinsky stated.

Another major gold price driver this and next year is the possibility of the second coronavirus wave as economies begin to re-open in May.

"There is a one hundred percent certainty that we will have a re-occurrence of coronavirus in the United States before we get the vaccine," Mashinsky noted. "Mass production of a vaccine is expected to be available only at the end of next year."

Without a vaccine available and people back at work, there is a very high level of certainty that the U.S. will see a spike in infections in the upcoming winter and the season after that, the CEO added.

"The public market has already seen a V-recovery while the actual economy is in an L-shaped recovery with 30 million unemployed people," he said. "The reopening of the economy is going to force us to decide, are we valuing life more than we're valuing the need to retain and grow our economy? That is the decision that we have not had to make until now."

By staying home and flattening the curve, the world has postponed this problem, not solved it, Mashinsky said. "Gold is definitely going to be a safety asset and it's going to come into play either because of Fed action or because of COVID-19," he said.