Central-bank gold selling 'limited' but holdings could be used as collateral: Standard Chartered 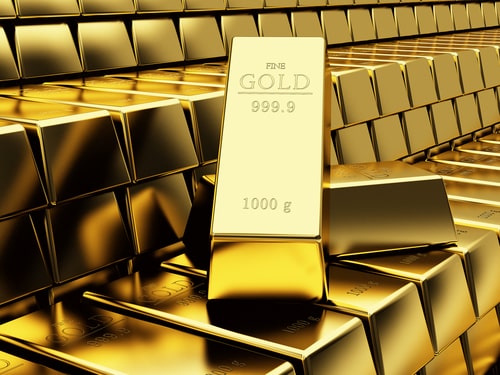 (Kitco News) It is unlikely central banks will start selling their gold holdings as many economies across the globe face a recession as they begin to reopen, according to Standard Chartered.

The official sector added 145 metric tons of gold to reserves in the first quarter of this year, which is up 34% on a quarterly basis but down 8% year-over-year, Cooper pointed out.

Despite overall lower purchasing rate, appetite to sell the existing gold holdings “remains limited,” Cooper added. “[This is] in line with historical trends such as Germany’s coin program or rebalancing due to an overallocation (Sri Lanka),” she said.

What might happen going forward is some central banks using part of the gold holdings as collateral, Cooper noted.“Central banks have not necessarily sold their gold holdings during periods of distress, partially as the USD value of total gold reserves has not been high enough, but it could be used as collateral.”

In terms of gold-price direction, Cooper pointed to the precious metal’s rally stalling in the short-term, citing gold being stuck between optimism associated with lockdowns being lifted and unprecedented stimulus.

But despite this temporary pause, Cooper is keeping her positive bias in light of negative real yields, quantitative easing, fiscal stimulus and high recession risks.

“Gold has proven it can rally amid both a risk-on and a risk-off environment, but is currently caught between discussions of economies reopening and continuing weak data. Expectations of further stimulus keep gold in focus following the FOMC and ECB meetings last week, and the BOE meeting this week and U.S. non-farm payrolls data on 8 May,” Cooper explained.