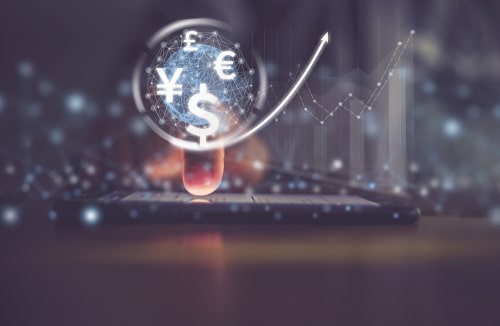 (Kitco News) The coronavirus crisis could speed up the development and adoption of central bank digital currencies (CBDC), ING said in a report.

“The Covid-19 pandemic took the world by surprise with an unprecedented political and economic shock. As a result, we've updated our outlook on digital currency attitudes and trajectories.”

The coronavirus crisis alone is not enough for central banks to jump on the digital currency bandwagon but the post-crisis environment will encourage more research into this area.

One of the reasons is increased interest in contactless payments, Brosens and Cocuzzo said.

The second major reason is the rising role of governments, especially in light of all the monetary and fiscal stimulus introduced to help fight the economic fallout from the COVID-19 outbreak.

“The role of government is likely to increase … This may make it easier for central banks to obtain the necessary political mandate to introduce a digital currency,” Brosens and Cocuzzo stated.

A new geopolitical environment is the third major reason why the authors expect CBDC development could accelerate.

“The pandemic will reshuffle the cards on the geopolitical stage. Some countries may emerge with less economic damage, giving them a clear opportunity to flex their muscles,” Brosens and Cocuzzo pointed out. “This and de-globalisation may intensify attempts to establish ‘national champions’ in digital payments, either private or public.”

“Our initial assessment is that CBDC will be a more likely option post-Covid-19. The bigger role of governments and the close cooperation between them and the financial sector in combating the economic fallout will guide discussions about CBDC in the context of the role the financial sector has in serving society,” Brosens and Cocuzzo wrote.

The change won’t come overnight but it is likely to happen. “The foundations for the post-crisis institutional framework are laid in crisis times. We expect the debate to start soon,” they stated.

Some of the latest news on this front include the global Financial Stability Board (FSB) launching a consultation on regulatory, supervisory and oversight recommendations for “global stablecoin” arrangements in the middle of April.

Netherlands’ central bank noted in April that is ready to test CBDC, Brosens and Cocuzzo pointed out.

Another major news was that the Facebook’s Libra platform updated its plans, stating that if central banks were to introduce their own digital currency, Libra could integrate them into its own network.

“This offer has put the ball firmly back in the central bankers’ court. It may sound like an offer central banks can't refuse, but we doubt whether they will take it up … Even though Libra added single-currency Libra’s and potentially CBDC to the mix, the dreaded multi-currency original is not off the table yet. Authorities will continue to look at this global stablecoin with suspicion, and will probably demand guarantees in some form that it does not threaten monetary autonomy,” Brosens and Cocuzzo explained.