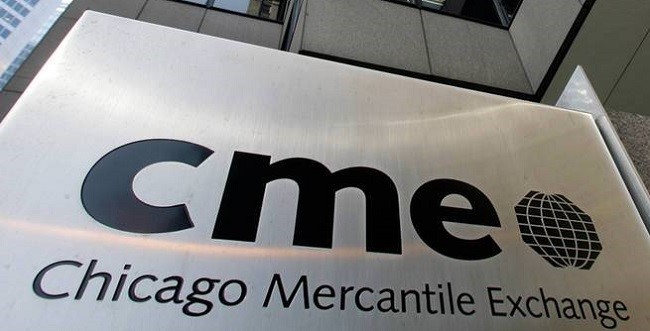 (Kitco News) - The gold-silver ratio continues to garner a lot of investor attention as it remains above 100 points, well above its historical average, but one market analyst notes that there are real reasons why gold has outperformed silver in the last few years.

Erik Norland, executive director and senior economist at CME Group, said in a commentary Friday that the ratio’s all-time high in March was years in the making. He noted that the ratio has been on a steady uptrend since it bottom out in 2011 at 31.7 points. As of Monday, the gold-silver ratio last traded at 109 points, meaning it takes 109 ounces of silver to equal the value of one ounce of gold.

“Silver’s underperformance has been a slow, steady drip, not rising as much as gold, on average, during rallies, and falling more than gold on down days,” he said.

Although Norland is not expecting to see a significant shift in the ratio any time soon, he added that the ratio could have reached its zenith.

Norland noted that recently, the COVID-19 pandemic has highlighted the significant differences between gold and silver. Gold as a monetary metal is shining bright as a safe-haven and inflation hedge as central banks and governments flood financial markets with liquidity and dropping interest rates to the zero-bound range.

Meanwhile, silver demand in the industrial sector has all but dried up as the global economy has been decimated by the COVID-19 pandemic. Norland said that although silver is classified as a precious metal, it is really an expensive industrial metal. Industrial use accounted for 68% of silver demand in 2019, he added.

Although the COVID-19 pandemic could further dent silver’s industrial consumption, Norland said there is some hope for the metal.

One of the biggest hits to silver’s industrial demand has been the growth of digital photography. Norland noted that 20 years ago, 266 million ounces of silver were used to develop photographs – representing more than one quarter of mining production. But he added that number is expected to shrink to 53 million ounces in 2020.

Not only will stabilizing silver demand help reduce the ratio, but Norland said that a peak in gold demand could also deflate the critical precious metals gauge.

The critical element that has been driving gold prices, Norland said, is monetary policy. However, he said that he doesn’t see interest rates falling into negative territory, which could limit gold’s rally from current levels.

“The good news for silver, relative to gold, is that the Fed appears unlikely to cut rates further,” he said. “If the Fed keeps rates near zero for the next several years, as Fed funds futures currently price, this doesn’t really benefit gold over silver. Moreover, if the U.S. has a strong economic recovery and the Fed begins to ponder rate hikes, the history of the precious metals-Fed funds correlation suggests that this would likely be more negative for gold than silver.”

Along with interest rates holding steady, albeit near-zero bound, Norland said that weak central-bank demand for gold could also lower the ratio.

The gold market saw record central-bank gold purchases in 2018 and near-record gold demand in 2019. Although central banks are expected to remain net buyers of gold in 2020, demand is expected to be significantly lower.

“Central-bank buying of gold in the past decade can be attributed almost entirely to central banks in emerging markets. With China’s trade surplus now evaporating, its foreign reserves may begin to decline. If so, that might curb further gold purchases,” Norland said.

“Russia and other commodity exporters might not have the revenues to purchase much more gold no matter how uncomfortable they feel with the direction of monetary and fiscal policies in Europe and the U.S. Some of the countries that were in a position to buy more gold during the 2010s when commodity prices were high may no longer be in a position to do so in the 2020s.”

Although there are stark differences between gold and silver, Norland also noted that the two precious metals could both face difficult times ahead as markets try to come to grips with the impact the coronavirus will have on the global economy.

“The economic impact of the pandemic is above all a demand shock. High rates of unemployment and underutilized production capacity could keep a lid on consumer price inflation for a long time,” he said.