Australia to be world's top gold producer in 2021, overtaking China with its expansion plans - report 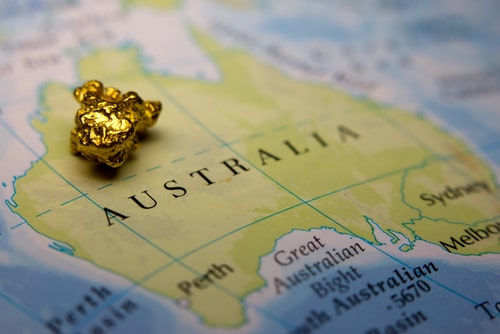 (Kitco News) Australia will overtake China as the world’s number one gold producer in 2021, led by its major expansion plans and higher gold prices, according to a report by Resources Monitor.

Cost-effectiveness of Australia’s mining gives it a unique advantage to beat China in the race for the top position.

“Reflecting Australia's role as a cost-effective producer, it will overtake China next year as the world’s largest gold producer,” the report published on Monday stated.

Resources Monitor, an information company with a focus on Australia, came to this conclusion by looking at the margins of major gold-mining companies working in Australia for the past 18 months, including Newcrest, Saracen, Silver Lake and Northern Star.

Even though the expansion plans are well in the works, Resources Monitor noted that there is no guarantee what the gold price will do next.

“Will gold’s strength continue? This cannot be assessed with any confidence. The sector has always had its bears and bulls, with bears currently seeing gold as overpriced and bulls seeing prices in coming months exceeding USD$2,500 per ounce (the current level is around USD$1,700 per ounce),” the report stated.