'The biggest bad news out there': Gold eyes U.S.-China trade tensions next week 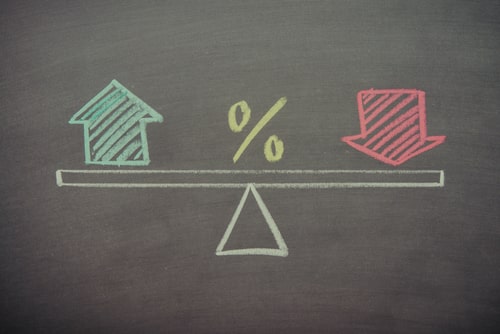 (Kitco News) Gold prices are back in the rally mode Friday, rising above $1,750 an ounce, with analysts looking for more gains next week as U.S.-China trade tensions ramp up and the economic data worsens.

The rise in U.S.-China tensions is "the biggest bad news out there," and gold tends to rally on that, said Gainesville Coins precious metals expert Everett Millman.

Trade tensions surged to new levels at the end of the week after U.S. President Donald Trump said on Thursday that he had no interest in speaking to Chinese President Xi Jinping while adding that he could potentially cut ties completely with China. Trump has been calling out China, stating that he is disappointed with its failure to contain coronavirus.

Tensions ramped up further on Friday when the Trump administration announced that it is moving to block shipments of semiconductors to Huawei Technologies from global chipmakers. In response, China said it was ready to place U.S. companies on an "unreliable entity list," which could include Apple, Cisco Systems, and Qualcomm. China also said it could suspend purchases of Boeing Co airplanes.

Going forward, the U.S.-China issue will once again become a big deal, Millman told Kitco News. "I don't see those tensions improving. If anything, the longer we have any kind of problem with coronavirus, the more it will ramp up that rhetoric between the U.S. and China," he said.

For gold, the next step is to reach the $1,800 an ounce level, which is now just a question of time, said FXTM market analyst Han Tan.

"The coming months remain paved with downside risks and the threat of chilling U.S.-China relations amid this global pandemic will only further inhibit global risk appetite," Tan noted on Friday. "Gold's path of least resistance remains to the upside, so hitting the $1,800 handle is just a matter of time. A host of potential positive catalysts for Bullion remain in the offing, including … a spike in US-China trade tensions."

The $1,800 target is even possible next week, if we see further outflows from the U.S. equity funds, said Blue Line Futures chief market strategist Phillip Streible. "Gold looks like it is starting to gain some momentum. We should continue to see investors pile in," Streible said.

On the data front, the situation continues to deteriorate.

The latest U.S. jobless claims showed another 2.98 million applications for unemployment insurance, which brought the total number since coronavirus related shutdowns began in mid-March to 36.5 million.

Friday's U.S. retail sales also came in below expectations, falling 16.4% in April, marking the most significant decline on record.

Bad economic data will limit on risk-on investments, which is works in gold's favor, added Tan.

"The sparse evidence of a solid post-lockdown recovery is leaving less room in investor's portfolios for risk-on assets and more desire for safe havens such as gold. The precious metals' ETFs have added to their holdings for 15 consecutive days, bringing the total to a 12-month high of nearly 100 million ounces, according to Bloomberg data," Tan said on Friday.

The Fed and negative rates

But the market doesn't seem to be ruling out Powell changing his mind once the shape of the economic recovery starts to clear up.

"The markets do believe Powell, but they think he will have to do another 180 turn," said London Capital Group head of research Jasper Lawler, noting that Powell has done so in the past. "Last time when he said he is going to hike interest rates four times in a year, he ended up cutting interest rates. It is not that he didn't believe he was going to raise rates, but circumstances changed. That's why you are seeing Fed funds futures early next year, suggesting negative rates."

Next week, the markets will be eyeing Powell's testimony on Tuesday in front of the Senate Banking Committee. "I would imagine that he is going to talk down the prospect of negative interest rates if he gets asked that," Lawler said.

Aside from Powell's testimony, investors will also have FOMC meeting minutes to mull over with the release scheduled for Wednesday.

On the macroeconomic data front, the U.S. building permits from April are due out on Tuesday, along with U.S. housing starts. Also, there are jobless claims, Philadelphia Fed manufacturing index, manufacturing PMI, and existing home sales on Thursday.