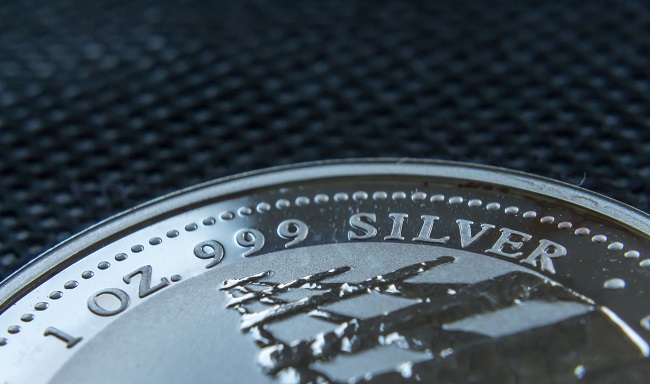 (Kitco News) - All eyes are on silver as prices are starting the week with some robust follow-through buying after Friday's breakout session.

In a comment to Kitco News, Phillip Streible, chief market strategist at Blue Line Futures, said that a perfect storm of increased investment demand and falling supply is expected to continue to push silver prices higher.

May silver prices last traded at $17.51 an ounce, up 2.5% on the day. Sunday's rally follows silver's 5.5% jump on Friday; silver futures are trading at their highest level since late February. The precious metal has now recovered all of its loss from the March selloff.

One of the report's components showed that mining output, including gold and silver production, dropped 11.2%, the sharpest monthly decline in history.

"Nobody really talks about the mining numbers in this report, but someone was obviously watching it," said Streible. "The data points to tightening physical supply. Silver prices are going higher because the market is getting a lift from all different angles."

With silver prices back over $17 an ounce ounces, Ole Hansen, head of commodity strategy at Saxo Bank, said that the next critical resistance level to watch is $17.50 an ounce.

He added that silver has room to rally as speculative interest in the precious metal has been declining since early March as investors shed their bullish silver bets as the COVID-19 pandemic was impacting the global economy.

"We have to contemplate the risk of a second wave of the virus wave in the second-half of the year, together with a developing Trump versus China blame game," said Hansen. "With these developments in mind, we see the risk of renewed stock market weakness, a stronger dollar and Japanese yen on safe-haven demand… precious metals look set to rally further on safe-haven and diversification demand."

Although speculative investors have been reluctant to hold silver, Hansen said that investor demand in silver-backed exchange-traded products remains robust.

"Apart from a small dip in March, ETF investors have been continued buyers of silver ETFs since January. Total holdings have reached a record 98 million ounces," he said.