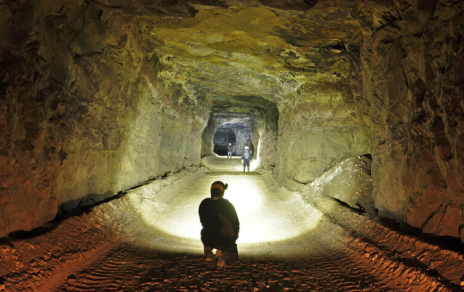 (Kitco News) - Gold miners are benefiting on multiple fronts – higher prices for the commodity they produce, lower operating costs as prices of other commodities tumble, and in many instances an extra boost from weakness in local currencies, analysts said.

The earnings season for the first quarter is winding down, and companies as a general rule have been profitable.

“Operating margins for gold miners have taken off as costs fall and gold prices rise,” said a research note from SP Angel.

In many cases, those margins have increased from less than $100 a gold ounce to more than $500, SP Angel added.

“Gold is now a highly profitable sector, and will likely remain so for some time,” said Colin Hamilton, commodities analyst with BMO Capital Markets, adding that the gap between prices and the top end of the cost curve “has never before been so wide” for gold producers.

“And with macroeconomic policy supportive and companies more disciplined, we expect persistent profitability over the coming years,” he said.

Gold prices were already moving higher in the second half of 2019 when the Federal Reserve was cutting U.S. interest rates. Then came an economic collapse due to lockdowns and other government responses to the global COVID-19 pandemic. Since the last trading day of 2019, Comex June gold has risen 13.9% to $1,749.20 an ounce. In many countries that produce gold, the price of the metal in the local currency has hit record highs, further boosting the bottom lines for companies based in these countries.

Meanwhile, the prices of other commodities have fallen, with Nymex West Texas Intermediate crude oil down 45.8% for the year to date to $31.68 a barrel. This has helped gold miners since energy is one of their main costs outside of labor.

High gold prices are fueling increased investment interest in the gold-mining sector, Hamilton said. He described industry profitability “as being at a record level, helped by a cost structure which is flat to falling.”

In fact, this cycle is different than the historical norm when costs and prices tended to rise with one another, he said. Thus, the industry is “fundamentally better placed from a financial perspective,” Hamilton added.

The cash-flow picture has changed, in particular, he explained. During past periods of high prices, producers tended to ramp up capital spending on new projects. This meant that even when the margin between prices and costs was favorable, free-cash-flow yields did not necessarily rise accordingly.

“Back in January 2016, the weighted average FCF yield of the companies under BMO coverage was -4.4%,” Hamilton said. “Now it is above +5%, which does still lag some other materials sectors, but is a marked change from historical norms.”

Among the bellwether companies, Newmont Mining Corp. (NYSE: NEM, TSX: NGT), the world’s largest gold producer, reported a first-quarter adjusted profit of $326 million, up 85% from the same quarter a year ago. Free-cash flow rose to $611 million from $349 million. Barrick Gold Corp. (NYSE: GOLD; TSX: ABX) reported that its first-quarter adjusted profit rose 55% to $285 million, while free-cash flow tripled to $438 million from $146 million a year ago.