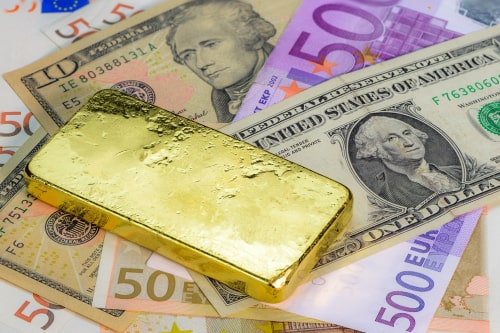 (Kitco News) After being sent to a small French town to wait out the coronavirus lockdown, two kids discovered $100,000 worth of gold at a home of an older relative, local media reported.

Just a few days into the lockdown, which was introduced back in March, the two kids — both around ten years old — found two gold bars wrapped in some old sheets at a house in Vendome, France, which is located about 100 miles from Paris.

They made the discovery while trying to build a fort and scouring through everything they could use in the house, BFM TV.

"They asked their father what they could use. He advised them to take their grandmother's sheets in an unused room. But instead of finding sprigs of lavender between the sheets, as was done before, there were two fairly heavy objects," Vendome auctioneer Philippe Rouillac told BFM.

Each gold bar weighs about one kilogram.

After the lockdown was over, the kids' father contacted a local auctioneer, who was able to confirm that gold was indeed real and that the discovery was two massive gold bullion bars.

The gold bars will be auctioned off on June 16 by Rouillac auction house in Vendome. They are said to be worth around $100,000 and are expected to go for at least $87,000.

The gold bars were reportedly originally acquired by the children's grandmother in 1967 but were thought to be lost, Rouillac told BFM.

"We are going to wait for gold prices to rise a little more," he said, noting that he expects higher prices at the beginning of June.

"The children told their father 'we're going to be able to have a swimming pool'," Rouillac recalled.

Yanfolila gold mine back in operation after Malian govt cleared roadblocks