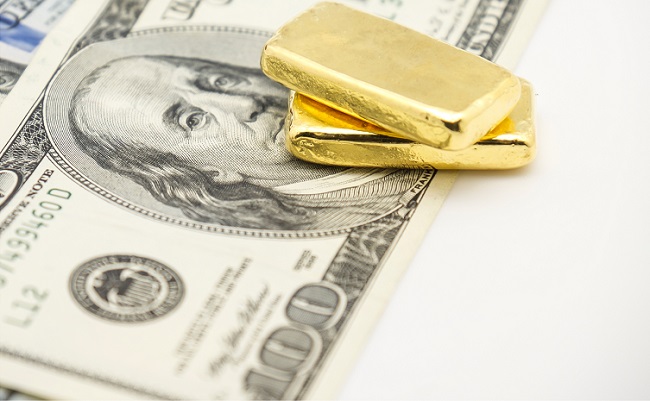 (Kitco News) - It is a quiet day in the precious metals market, with prices drifting lower as two of the world's largest trading hubs are closed for holidays.

Momentum is weak Monday with New York and London markets enjoying a long weekend. Still, analysts note that there is enough bullish sentiment to continue to support prices through the slow summer months.

Some analysts have noted that gold is just seeing some further technical selling after prices pushed to a fresh 7.5-year high last week.

Marc Chandler, chief market strategist at Bannockburn Global Forex, noted in a report Sunday that profit-taking after last week's highs is not surprising as momentum indicators have not signaled a breakout move.

He added that $1,700 has been an area of support he is watching as the price has held above that level since May 13.

Analysts at Commerzbank said that they are also watching support at $1,700 an ounce. They also said that it is not surprising the gold market has leveled off after last week's multi-year high.

"We believe that the price is merely taking a breather within an intact upwards trend. Only if it were to dip below this threshold [$1,700 an ounce] would any prolonged correction phase be likely. There is little to suggest that this will happen at the moment, however," the analysts said.

Analysts at IG Markets said that they remain bullish on gold as long as prices hold critical support above $1,692 an ounce.

Although gold appears to be holding above critical support, Ipek Ozkardeskaya, senior analyst at Swissquote Bank, said that the market needs a spark to ignite a new rally higher, which could come from weak equity markets.

"Gold remains bid near the $1725 per ounce, as investors believe that the upside potential could be unlocked with a renewed landslide across global equities. Yet, anything less than a sizeable and durable risk sell-off should maintain the top-sellers in place approaching the $1750 mark," she said in a note Monday.

According to some market analysts, this will be a big week for economic data. Tuesday, markets will see how consumer sentiment is fairing amid the COVID-19 pandemic.

According to some market analysts, this will be a big week for economic data. Tuesday, markets will see how consumer sentiment is fairing amid the COVID-19 pandemic.

"The gradual pace of recovery, even in states that have eased social distancing policies, is consistent with our view that the U.S. faces a long road ahead to any type of normalization," economists at Nomura said in a report published last week.

In April, the U.S. Conference Board saw its most significant decline in consumer sentiment on record. Economists will be anxious to see if there has been an improvement as states have eased some lockdown measures.

"Despite the stabilization of sentiment, a slower-than-expected recovery in demand or a second wave of COVID-19 cases continue to present significant risks to the outlook. In addition, with partisanship returning to fiscal negotiations, a failure to extend fiscal support later this summer could result in a sharp deterioration in the consumer outlook. Stubbornly elevated initial jobless claims this week highlight continued labor market strain that will likely persist," analysts at Nomura said.

Later in the week, markets will get the second reading of first-quarter gross domestic product data. The first reading showed that the U.S. economy declined 4.8% in the first three months of the year, just as the economy was starting to feel the impact of the COVID-19 pandemic.