Why is gold not rallying? This research points to 'market manipulations on a scale rarely seen before' 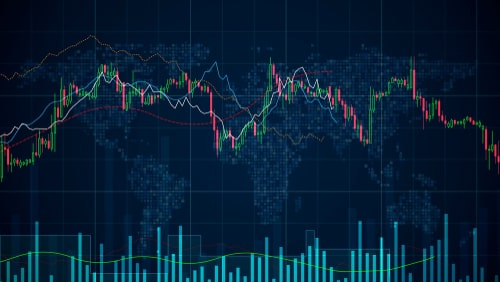 (Kitco News) Shouldn't assets like gold and bitcoin be trading higher, especially with all this COVID-19 uncertainty? This is the question one U.K. research team asked with results pointing to major market manipulation.

“We are witnessing financial market manipulations on a scale and frequency that have rarely been seen before. The lack of integrity by a few powerful market players is causing a major financial market melt-down from which the current form of our global economy may never recover,” said University of Sussex Business School professor of Finance Carol Alexander.

The analysis was conducted by the University of Sussex Business School’s CryptoMarketRisk project team, which tracked trades in financial markets and reported large-scale manipulation that went unnoticed by the busy regulators.

“The CryptoMarketRisk team at the University of Sussex Business School have been tracking trades on these markets in recent months and have detailed huge sell orders on gold futures, massive pump and dump on copper futures and large spoofing orders on key crypto exchanges,” University of Sussex said on its website earlier in May.

“Some single trades on COMEX have been so large as to move prices - clear contraventions of U.S. laws on market abuse. But widespread market turmoil means regulators such as the CFTC have a lot on their plates right now, meaning even large-scale manipulation of these markets to remain below the radar of regulators,” the university added.

The university’s study pointed to these manipulation as the reasons why gold and bitcoin did not see a surge mid-March when markets saw major selloffs across the board.

“As funds flow out of equities one would expect demand for gold and bitcoin to increase. But this time around, safe havens have behaved completely differently. Gold and bitcoin have fallen at the same time as US equities,” Alexander wrote. “As the S&P 500 crashed in March 2020, gold had its worst week in eight years when it should have been its best, because of massive shorts on COMEX gold futures. Bitcoin has also been driven down by some pretty obvious manipulation bots on the unregulated crypto derivatives exchanges, especially BitMEX.”

The study also made comparisons to the 2008 financial crisis by looking at the relationship between the S&P 500 index and gold.

The researchers ran similar calculation with bitcoin and the U.S. dollar.

“Even more surprising is the behaviour of the bitcoin/US dollar rate – since this cryptocurrency emerged in January 2009 its behaviour was completely uncorrelated with any traditional asset, but as the S&P 500 index plummeted in early March 2020, so did bitcoin. Their correlation was plus 63% then, and it remains unsettlingly high at 40%,” the university’s post stated.

Those who stand to gain the most from this are holders of the U.S. dollars and U.S. assets, the post continued. “These become the main sources of positive returns for global investors in attempts to curtail the recent trend of some central banks to diversify their reserves away from the U.S. dollar,” it said.