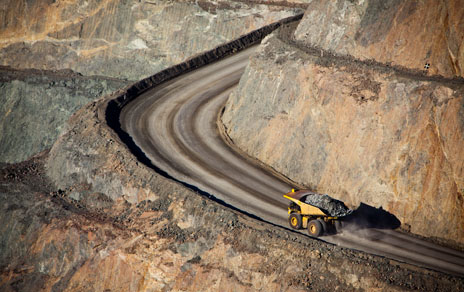 (Kitco News) - Lundin Gold Inc. (TSX: LUG) reported Monday that the restart of operations at its flagship Fruta del Norte mine in Ecuador is under way after a temporary shutdown due to the global COVID-19 pandemic.

The company said it has shipped all of the concentrate and doré that had been stored at site since the suspension of operations on March 22. Also, reagents, spare parts and other supplies that had been accumulating at the port of Guayaquil are being transported to site.

Ecuador's national government issued COVID-19 protocols on May 15 setting out guidelines for the mining industry to reopen, as well as establishing logistics corridors for the transportation needs of the mining industry. The company said it has instituted protocols for allowing workers back on the site.

The mine had just reached commercial production in February. Despite the shutdown late in the first quarter, the company produced 51,320 ounces of gold during the January-March period, according to Lundin’s first-quarter earnings report.

"The re-establishment of transportation corridors was an important first step in our plan to restart operations at the mine," said Ron Hochstein, president and chief executive officer. “We are in the last stages of finalizing the restart of our operations, which is expected to occur early in the third quarter of this year."

During the mine suspension, workers carried out several projects and maintenance work in preparation for the restart, Lundin said. Lundin added that it expects to release further details about the start of production within the next few weeks.