First U.S.-minted gold coin is back on the market and it could go for $15 million 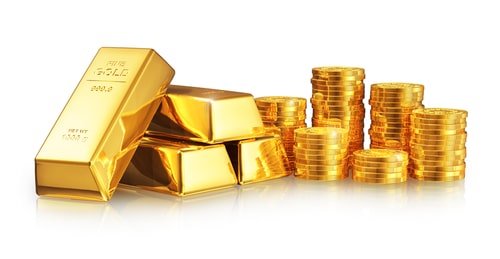 (Kitco News) The first gold coin minted in the U.S. — the Brasher Doubloon — is back on the market in a private sale with the asking price of $15 million.

The sale is being conducted by PCAG Inc., Bloomberg quoted the firm’s founder numismatic adviser Jeff Sherid as saying.

All that is known about the current owner of this rare coin is that the collector is a former Wall Street executive who acquired the coin in 2015 in a private transaction for an undisclosed price, Bloomberg reported.

The Brasher Doubloon coin dates back to 1787 and is from pre-mint era — five years before the federal mint was opened in Philadelphia.

George Washington’s next-door neighbor metalsmith Ephraim Brasher minted this particular coin on New York’s Cherry Street. The coin was privately minted as part of a smaller batch that all have the hallmark “EB” engraved into them.

It is said that George Washington handled the coin, according to Certified Acceptance Corp. founder and numismatist John Albanese.

“If you talk to coin nerds and old-time experts, I’m guessing they’d all say the Brasher Doubloon is the greatest coin ever because of the history,” Albanese told Bloomberg.

On one side of the coin there is an image of the eagle and on the other side shows a sunrise over mountains and water.

The Brasher Doubloon, the first gold coin struck in the U.S. and one of the most coveted by collectors, is being offered in a private sale for $15 million https://t.co/BrYRkH7P5D

There is a mystery surrounding this coin. Some believe it was minted for eventual circulation while others believe it was made as a souvenir. There are seven coins like this one that currently exist. All except this one have “EB” engraved in the eagle’s wing instead of right in the middle.

One of the existing coins is part of the Smithsonian collection and can be found online here.

The Brasher Doubloon coin will only grow in value from here, added Albanese, who sees it as the first coin to reach $100 million price tag.