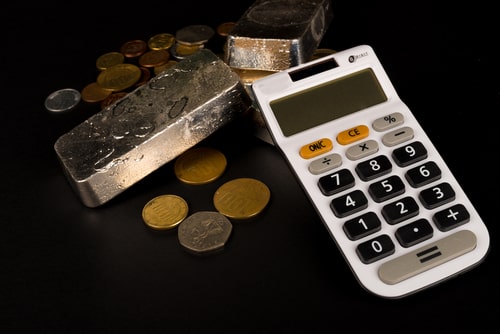 (Kitco News) Gold will climb to $1,900 an ounce come December, according to the Australia and New Zealand Banking Group (ANZ), which remains bullish on gold despite a major selloff last week.

“We remain bullish over the medium term. The macro backdrop is challenging, despite market confidence in the trend towards normalised growth. The expansion of central banks' balance sheets shows no sign of abating, while geopolitical tensions escalate. We think those investors who continue to raise their allocation to precious metals are sitting on a gold mine,” ANZ senior commodity strategist Daniel Hynes and commodity strategist Soni Kumari said in the bank’s June commodity call.

Gold began the week with a recovery after dropping $50 in the span of just two hours on Friday as markets rallied on shockingly upbeat employment news in the U.S. At the time of writing, August Comex gold futures were trading at $1,698.80, up 0.94% on the day.

ANZ's projections see gold climbing this year — first reaching $1,800 an ounce in September and then rising to $1,900 an ounce in December.

The bank is keeping this bullish outlook despite risk-on attitude in the markets keeping a lid on gold prices for now.

“A kick-start to another rally in the gold price remains elusive. The market’s confidence that the most acute stage of the pandemic has passed in many countries has seen risk appetite improve. With investors now betting stimulus measures will bridge the gap to more normal growth. Nevertheless, we still expect gold to hit a record high in H2 2020,” Hynes and Kumari wrote.

The risk appetite is currently at “euphoric levels,” the strategists pointed out.

“There are signs that the market is pricing in a swift resumption of economic activity. Equities are booming, with most major indices up strongly in recent weeks. The S&P 500 is up 40% from its lows amid the height of the pandemic. In fact, it’s now only 7% below the record high achieved in February,” the commodity call said.

Despite the rallying stock market, the economic backdrop remains challenging, which is why ANZ chooses to continue to be bullish on gold.

“Fed Chair Powell has warned that the current downturn is much worse than any recession since WWII and that long-term unemployment could damage the economy … U.S.-China relations are tense … The U.S. continues to blame China for the pandemic … This comes as social unrest has erupted in the U.S., sparked by the death of a black man in custody, with protests continuing in major cities,” Hynes and Kumari described.

This uncertain environment is likely to keep investor demand up in the gold space, the strategists said, citing the World Gold Council’s data showing that an average U.S. portfolio would have brought 3–7% of risk-adjusted returns if it was allocated to gold over the past decade.