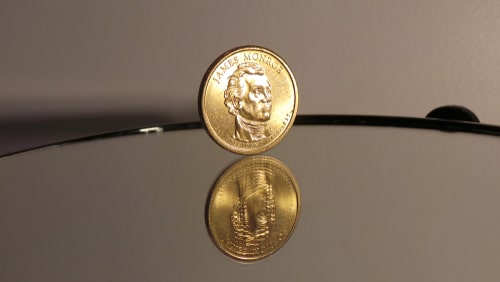 “There are no signs the world is questioning the value of the U.S. dollar, but it is clear that it has been slowly losing market share as the world’s reserve currency,” Minerd wrote in a note on Monday. “With the Fed going all-in on financing the government deficit, the U.S. dollar could be at risk to negative speculation of its status as the dominant global reserve currency. Investing in gold may help offset this trend.”

Buying gold could be the answer, since it has worked in the past, Minerd said, pointing to central bank’s gold reserves.

“The accumulation of gold as a reserve asset historically has been seen as a responsible policy response in periods of crisis. This may very well become the policy option of choice in the future,” he wrote. “Central banks around the world, including the Fed, hold almost 35 thousand tonnes of gold reserves. A central bank owns gold to buttress its reserves with an asset that becomes increasingly valuable in a severe crisis.”

The Federal Reserve is not done with its monetary policy easing, which could negatively impact the U.S. dollar, Minerd noted, highlighting protracted economic downturn ahead.

“The Federal Reserve (Fed) will face numerous challenges in the months and years ahead. Economic output will remain below potential for years to come as we deal with the pandemic and its long-term scarring effects. An additional challenge will be a U.S. federal government budget deficit that will exceed $3 trillion this year with significant likelihood that it could be larger,” Minerd said. 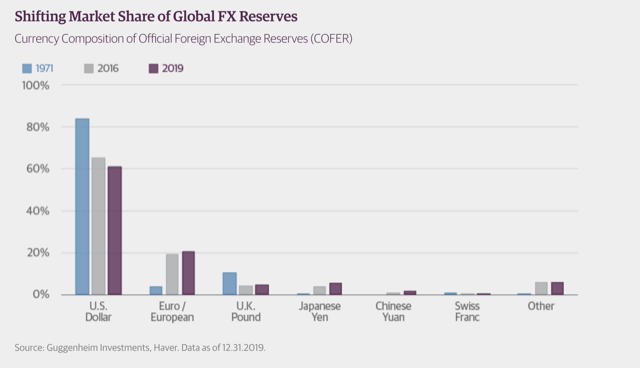 Without further action from the Fed, Minerd projects a “…deluge of Treasury securities will likely start pushing interest rates higher, threatening the overall economic expansion. The Fed cannot allow this to happen.”

Minerd outlined a number of policy tools the Fed is still likely to use going forward, including extended forward guidance.

“The first and most likely policy option will be to announce a lengthy period of forward guidance … Given the current situation, forward guidance will have to be aggressive,” said Minerd. “The minimum period of time for keeping rates at the zero bound would be something like five years, but a longer time period may be necessary.”

A formal QE program would be another tool likely used by the Fed, but this time around it will be larger than previous rounds, added Minerd.

“The current pace of Fed purchases ($6 billion per day, or roughly $125 billion per month) is insufficient to absorb the $170 billion in net monthly Treasury coupon issuance we forecast for the rest of the year, let alone the hundreds of billions of monthly net T-bill issuance we expect,” he said. “It will likely take at least $2 trillion in asset purchases per year just to fund the Treasury.”

Other potential tools include yield curve control and a remote possibility of negative rates and equity purchases.

“Negative market rates can happen in the U.S., and most likely will happen at some point. The only question is whether the Fed endorses a negative interest rate policy. The central bankers would be loath to do it, but they cannot rule it out if the market forces their hand and other policy tools prove inadequate,” Minerd wrote.