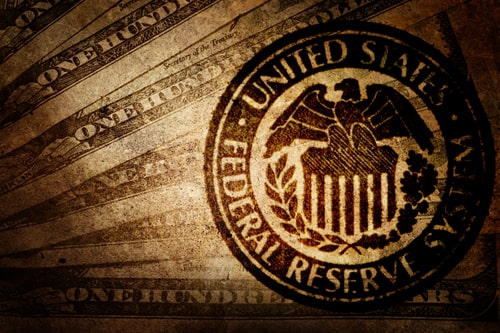 The Fed could be promoted to use yield-curve control if rates on Treasury securities continue to move higher. Rates have been rising on long-dated Treasury yields amid growing optimism surrounding the U.S. economy reopening.

“Obviously yield-curve control is lurking in the background of the conversation,” DoubleLine Capital chief investment officer Gundlach said during a webcast on Tuesday. “I certainly do expect that Jay Powell would follow through on controlling the yield curve should the 30-year rate really get unhinged.”

Gundlach pointed out that if the yield on the 30-year Treasury rate was to rise above 2%, the Fed would be looking into measures to move yields lower.

“Jay Powell has said he will expand the balance sheet to infinity if need be,” Gundlach said. “Once they move above 2%, the Fed is going to find a blip showing up on their radar screen and they will start thinking about how high do they want rates to go.”

Gundlach’s comments come as the Fed is about to announce its interest rate decision on Wednesday afternoon, which is likely to include Fed’s first macroeconomic projections since the COVID-19 crisis began.

“Superman” Powell’s “kryptonite” is negative rates, added Gundlach, adding that quantitative easing and zero rates have not worked in the past because otherwise “we wouldn’t be back at them on steroids ten years later.” Gundlach also commented that negative rates are “fatal” to the banking system.

Gundlach is not alone in warning that the Fed might employ yield-curve control sooner or later.

“Yield caps could be imminent,” said ABN Amro senior economist Bill Diviney. “Powell is likely to be questioned in the press conference on the potential for yield caps being introduced as the next policy move. The recent recovery in yields could give greater urgency to this topic, and Powell is likely to acknowledge in the press conference that the Committee is actively discussing the matter – and may even hint that a decision is imminent.”

Guggenheim Investments chief investment officer Scott Minerd also spoke about yield-curve control as being of the tools the Fed could be forced to look at if formal QE program and forward guidance fails.

“Once the Fed transitions to yield curve control, the quantitative purchase target becomes somewhat meaningless. This has been the experience of the Bank of Japan, which, after implementing yield curve control, continued to have a purchase target of 80 trillion yen per annum. But in reality, it has bought much less, totaling just 18 trillion yen in the past year,” Minerd wrote in a note on Monday. “Yield curve control could prove an interesting tool to limit money supply growth while keeping interest rates low in the event of a sudden surge of inflation.”

Gundlach’s other key comments from the webcast included a projection that the U.S. stock market will likely fall from its “lofty” recovery levels while the U.S. economy will likely face a wave of white-collar unemployment.

U.S. stocks have been on a rally train this past month, rebounding more than 40% from March’s lows. The S&P 500 index managed to recover its losses for 2020 on Monday while the Nasdaq topped 10,000 for the first time ever on Tuesday.

When it comes to gold, Gundlach remains very bullish long-term, expecting for the precious metals to reach new highs.

Also, the fund manger reiterated his bearish dollar call, noting that the U.S. dollar will devalue against most other currencies.