Gold to shed $150 by year-end as fear of runaway prices is premature: Capital Economics 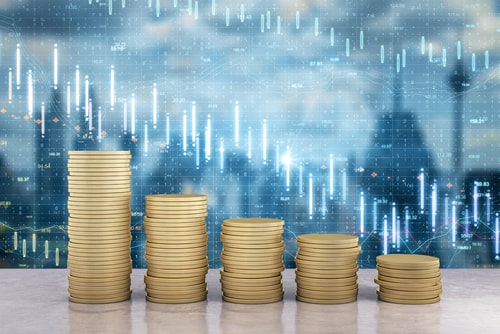 The main reason for such a bearish outlook is the argument that fears of runaway inflation are premature in the short and medium term, said Capital Economics commodities economist James O’Rourke.

What this means for gold is weaker safe-haven demand and lower prices by year-end, O’Rourke wrote on Wednesday.

“Despite fears of runaway prices, we think that stimulus-fueled inflation is unlikely in the short or medium term. With interest rates set to remain historically low, we expect the gold price will come under pressure from fading safe-haven demand, falling to $1,600 per ounce by year-end,” he said.

Gold prices have been rallying after major sell-off in mid-March along with stocks. The stellar gold-price performance has been led by COVID-19 uncertainty, lower interest rates and expectations of runaway inflation triggered by the massive stimulus injected into the global economy.

Expectations of higher prices has been driving gold most recently, which explains why gold has been rising alongside with stocks in May and beginning of June.

“We think some investors are now positioning themselves against the risk of inflation. This may help explain the strength of the gold price since late March, in the face of a recovery in ‘risky ’assets such as equities,” O’Rourke pointed out.

On top of that, Capital Economics does not see all this new stimulus as too inflationary in the medium term either.

“We expect a period of disinflation in the short term. What’s more, we don’t think that expansionary fiscal and monetary policy will lead to runaway inflation in the medium term,” O’Rourke described. “After all, cutting interest rates to zero and launching quantitative easing after the Global Financial Crisis failed to deliver significant inflation … Japan’s experience suggests that inflation is hard to generate.”

Inflation expectations are only likely to rise marginally from current lows, which is what will put pressure on the yellow metal by year-end, O’Rourke added.

“We expect U.S. interest rates to remain at their lower bound going forward, so the gold price is unlikely to benefit from a further fall in rate expectations anytime soon. And unless the virus takes a turn for the worse, we think safe-haven demand will wane too as the global economy recovers, ultimately weighing on the gold price,” he noted.