New mystery: Who left $200K worth of gold on a Swiss train and forgot to claim it 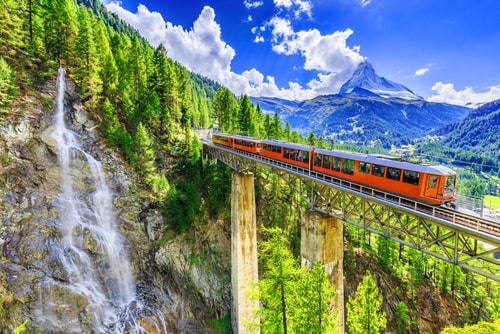 (Kitco News) Have you seen the latest heist movie about $200,000 worth of gold bars being left on a commuter train? Wait a second: that is actually what happened in a beautiful lakeside Swiss city of Lucerne. And eight months later, no one has come forward to claim the bullion.

The gold bars worth $191,000 (182,000 Swiss francs) were found on a train headed from the Swiss city of St. Gallen to Lucerne last October, local media reported on June 2. They were simply left on the train in an unidentified parcel.

The parcel was eventually discovered by a train worker and there are currently no known crime connections to the gold bars, CTV News cited Simon Kopp, the information officer for the public prosecutor’s office of Lucerne, as saying.

Based on the value, the loot would weigh around 7.6 pounds.

“Intensive investigations” reportedly followed the find, but local authorities failed to track down the owner of the bullion, according to local reports.

Now, the authorities are seeking the public’s help in identifying the individual who left the gold.

The gold bars have been confiscated by the prosecutor’s office, which still leaves the rightful owner with up to five years to claim the gold by proving ownership.

So far, no one’s claimed the bullion.