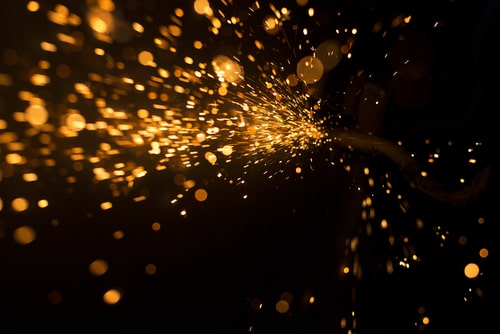 (Kitco News) Russia will be ramping up its gold production as it increases its gold reserves in light of expanding U.S. sanctions, Fitch Solutions said in a report.

The move will lead to Russian gold production growth overtaking that of China by 2029, the report stated.

“The rising risk of Russian state banks being frozen out of dealing in dollar-denominated assets all together as bilateral relations remain strained is pushing the Russian central bank to increase its holdings of gold. As long as tensions with the U.S. remain, domestic demand for gold is set to remain,” the report said.

This means that Russia would account for 11.6% of global gold output versus today’s 10.6%. 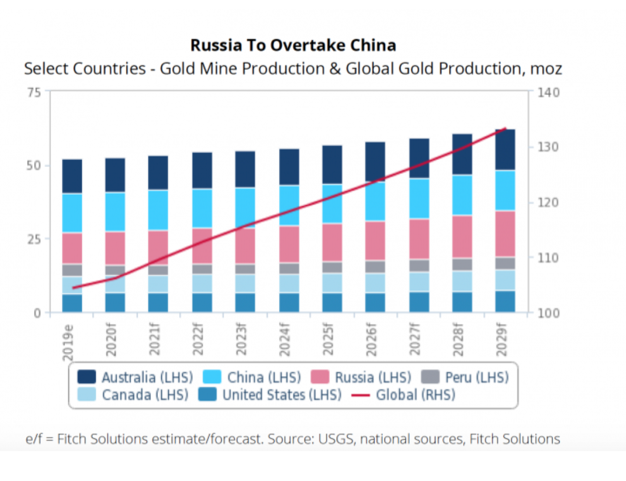 For China, Fitch Solutions expects gold production to stagnate between now and 2029, growing 0.2% on average on an annual basis. The report pointed to dwindling reserves, production cuts, and strict environmental regulations as some of the reasons for the halt.

“This marks a notable slowdown compared with the average annual growth of 3.1% over the previous 10-year period,” the report said. “Nonetheless, the country will remain the largest global producer of gold ore by a significant margin.”

According to Fitch Solutions, China will be able to keep its top producer status by increasing investment in foreign gold mines.

“Key deals in recent years have included Chinese firm Shandong Gold’s purchase of a 50% stake in the Veladero mine in Argentina from Barrick Gold for $960 million. The firms will also work together on exploration activities in the area,” the report said. “In 2017, Zijin Mining produced 1.2moz of gold, reportedly accounting for 10.2% of China’s total output.”

Another Chinese top competitor going forward will be Australia, which is estimated to see gold production rise 2.2% on an annual basis between now and 2029, which will mean an increase from the current 11.7-million ounces to 14.2-million ounces by 2029.