Gold price ends week with a knockout, what's next? 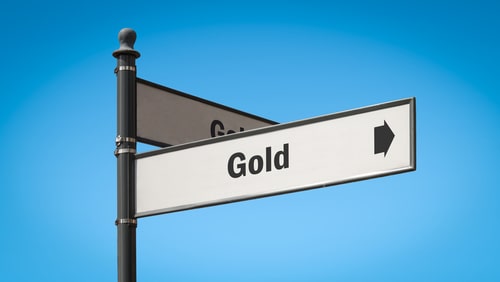 (Kitco News) Gold surprised with a rally Friday with precious metals analysts not ruling out more price gains next week as they keep a close eye on the economic data, COVID-19 reinfection rates, and geopolitical tensions.

The yellow metal rallied nearly 1.5% on the day on Friday with August Comex gold futures last trading at $1,756.20 an ounce.

Analysts were keen to see gold break above the $1,750 an ounce mark, which is a strong resistance level for the bulls. Whether gold can hold above it will be the key question for next week.

“The market looks stuck in a range, gold needs to get above the $1,740 level. If it does, we can have a good rally,” Afshin Nabavi, senior vice president at precious metals trader MKS SA, told Kitco News on Friday. “Wouldn’t be surprised if we see higher end of the range [due to] economical tensions thanks to COVID aftermath and tensions between the U.S. and China … Eventually, we should be heading to $1,800 or even higher before the end of the year.”

“So far, in the United States, efforts to contain the virus have not been particularly successful,” Rosengren said during a virtual event organized by the Greater Providence Chamber of Commerce. “This lack of containment could ultimately lead to a need for more prolonged shut-downs, which result in reduced consumption and investment, and higher unemployment..”

EU leaders also disappointed the markets on Friday, saying that even though urgent action was needed to help Europe recover from the coronavirus shutdowns, they were not ready to sign off on a massive stimulus plan that has been debated over for weeks.

An important driver next week will remain the U.S.-China tensions, according to analysts. “The big thing I am watching for is tensions with China, the worse it will get the more investors will flock to safe haven,” said Everett Millman, precious metals expert at Gainesville Coins.

After what seemed like more or less successful talks in Hawaii on Wednesday between the top officials from the U.S. and China, U.S. President Donald Trump has renewed his threat to cut ties with China.

“Don’t be surprised if this becomes a front-burner marketplace matter in the coming weeks or few months,” Wyckoff said on Friday. “Lingering in the background of the marketplace at present is the inflammatory rhetoric coming out of North Korea, including that rogue nation blowing up a building near its border with South Korea.”

The U.S. is not out of the woods yet as worries continue over rising number of coronavirus cases in Texas, California, Arizona, and Florida.

“Stock markets are now caught between competing narratives, from the risks of a second wave to the optimism surrounding the stimulus-fueled post-pandemic recovery, with simmering U.S.-China tensions lurking in the background,” said FXTM market analyst Han Tan.

Adding worries to the marketplace was Apple Inc’s announcement on Friday that it will be shutting down some of its U.S. retail stores across Florida, Arizona, North Carolina and South Caroline, citing spike in COVID-19 cases, Bloomberg reported.

Analysts at Nomura Global Markets Research warned that the rise in cases could slow recovery. “For the 10 U.S. states we cover (the five largest by GDP and the five that have reopened the fastest), the risks of a second wave are becoming more evident in some, including Texas, Florida, Mississippi, Alaska, Montana, Tennessee and Georgia,” the analysts said on Thursday.

Analysts are waiting for the U.S. dollar to weaken, which would push gold prices higher. On Friday, this trend started to develop, said Bart Melek, head of global strategy at TD Securities.

“Ultimately we will see the U.S. dollar weaken a bit. That is the trend that started today, with the dollar at 97.3. Haven’t seen a big increase,” he told Kitco News. “Certainly looks like the upswing in interest rates that we’ve seen earlier is unlikely to continue. There are worries about re-infections in the U.S. … This gives more room for gold to move higher.”

Dollar pullback will benefit gold, said Charlie Nedoss, senior market strategist with LaSalle Futures Group. “As we start to reopen, you’ve got uncertainty of what is going to happen, economy is starting to hold back,” Nedoss said.

The U.S. dollar has gone into a consolidation phase, ING FX strategists said on Friday. “The uncertainties over a second wave of the virus and the speed of the recovery have held the risk rally in check.”

Key resistance level to break out of is the $1,750 an ounce level, Millman said, noting he is neutral on gold next week. On the downside, he is looking at $1,700 as solid support.

Millman is watching jewelry demand as an important trigger for the next gold rally. “The most reliable indicator would be if jewelry demand in India and China picks up. During economic shutdown the demand was destroyed. In the fall, if virus abates a bit we could see that recover.”

Melek said he sees prices going a little higher next week as he looks at $1,689 an ounce as support and $1,745 as resistance.

Nedoss is looking for higher prices next week as well, citing the U.S. dollar coming off from its highs. “Next week, gold could ladder back up and come up and test above $1,760,” Nedoss said.

On the data front next week, investors will be paying attention to Thursday’s U.S. durable goods report and the U.S. Q1 GDP number as well as the U.S. housing data throughout the week, including the existing homes sales on Monday, new home sales on Tuesday, and the house price index on Wednesday.

“Mortgage applications continue to surge thanks to low borrowing costs and ample credit availability, and this offers a positive outlook for the housing market … However, given the length of time it takes to conclude a home purchase we are not expecting much from this week’s transaction data for May,” ING economists said Friday. “As for durable goods orders, we should see a rebound of sorts, but it is unlikely to be as vigorous as in the consumer sector.”

Also on the radar will be the U.S. jobless claims on Thursday and the PCE price index scheduled for release on Friday.

The PCE index could offer a bit of a positive surprise, noted Melek. “Recovery has been a bit better than many have thought awhile back. The worry about interest rates rising might not be as much as before. Inflation looks like it is stabilizing and yields have come off those higher levels,” he said.